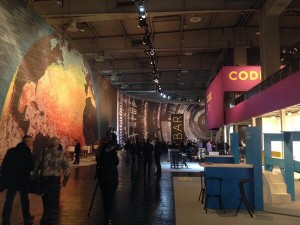 The time we spend each year at CeBIT is always a professional and personal highlight. As the CODE_n team descends on Hall 16, our thoughts are occupied by the artistic design, the people behind the startups, and the upcoming award show. We will never forget the moment when we walked into the hall for the first time – wow! 12 meter-high terapixel displays everywhere. At this point congratulations have to go to Weisshaar and Kram for their outstanding artistic concept. There could never have been a more appropriate concept to showcase the 50 most innovative startups from all over the world and their big data solutions.

We’re proud to say that 17,000 people visited the CODE_n hall this year. This excitement was also reflected by the press, venture capitalists, bloggers, and visitors in general. In total, there were 50 startups from 17 countries, creating a palpably entrepreneurial spirit. Everyone was just thrilled by the atmosphere. 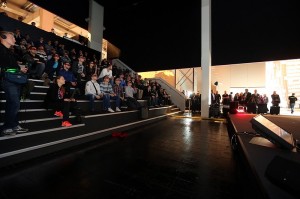 Our conference program attracted many visitors. During our fireside chats, our startups were given the opportunity to give a short presentation and engage in some fascinating discussions with experts. Also, the 3D show put on by Dassault Systèmes was a popular highlight every time they handed out the 3D glasses. Then there was the Google Data Dialogue and Young IT Day, to name just a few, ensuring the auditorium remained full every time. 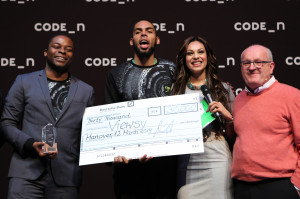 On Wednesday, the air was full of excitement due to the awards show. During the ceremony, the top four were announced: Sablono, Autogrid Systems, Viewsy, and Cosinuss. Afterwards Viewsy was announced as the CODE_n14 Winner. Odera and Chika from Viewsy were more than surprised by the big news, if not totally overwhelmed.

One big surprise was that our Global Partner, EY, decided quite spontaneously to award a special prize live on stage to Autogrid Systems, handing them the EY Business Innovation Award. All finalists enjoyed the get-together afterwards, a party with plenty of high spirits. And we congratulate each of them for the great time at CeBIT and wish them all the best for the future.

Now that we review the press coverage, we’re happy to announce that we received plenty of attention in the media, with 2,100 features in 49 countries reaching out to 233 million contacts.  This was confirmation of the feeling we had just walking through the hall and seeing all the startups busily talking to journalists. 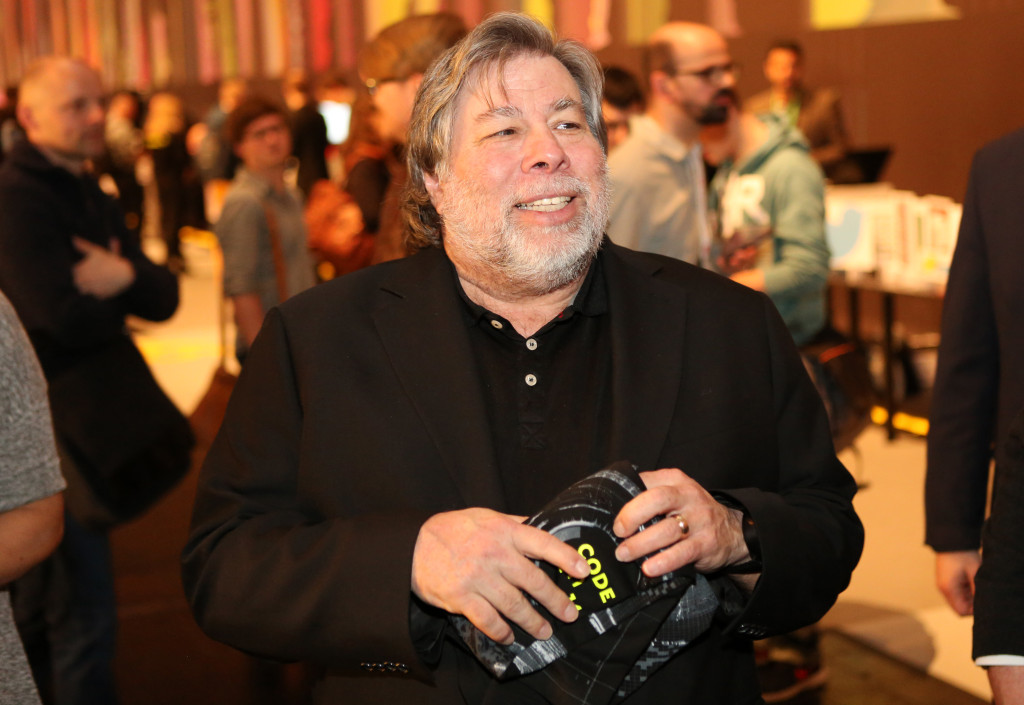 The Woz! Steve Wozniak (Apple co-founder) visited CODE_n hall and enjoyed the talks with our startups

The traffic in the social media was also overwhelming: 5,500 posts about CODE_n created a reach of 11 million! Most of the discussion was on Twitter.  Again #CODE_n hashtag was trending during CeBIT and our @CODE_n twitter account was the most mentioned account after CeBIT itself. As CODE_n is pretty active in the social media, we also tried to encourage our #CODE_n community to share the atmosphere and get them involved in our #SelfieChallenge. Many thanks to everyone who shared selfies with us – we certainly saw some funny pics! What do you mean you missed it? Check out our Facebook album with all the pictures.

The Woz is in the house!

Even Steve Wozniak paid a surprise visit and talked to carzapp, mapegy and augmentation industries.

A special thank you goes to our Global Partners EY, CeBIT, and GFT, as well as to our Strategic Partners emagine and Salesforce – and everyone who was part of this amazing event. Without their support we would have never been able to set such an important milestone with the CODE_n innovation initiative. 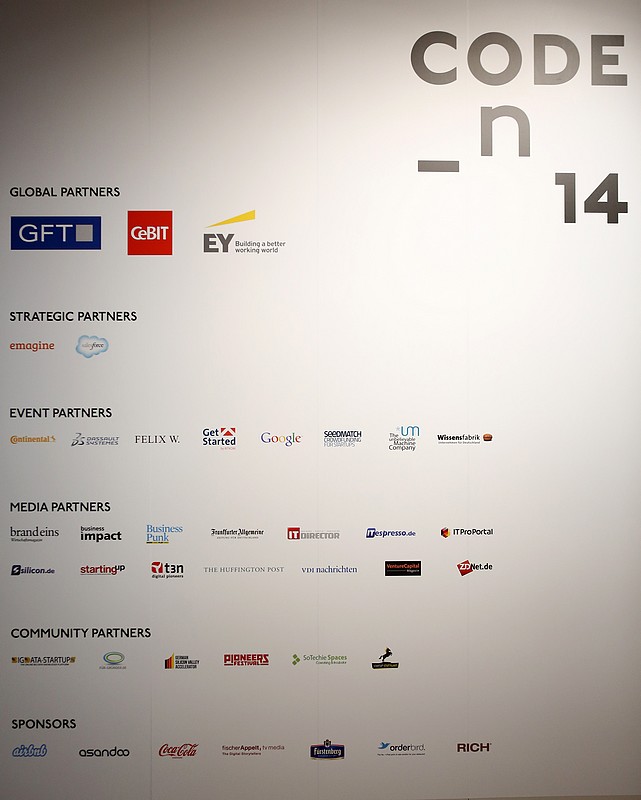 So don’t miss CODE_n in 2015 and become a part of this amazing experience yourself.