RECARO eGaming: a long-established company with the startup spirit 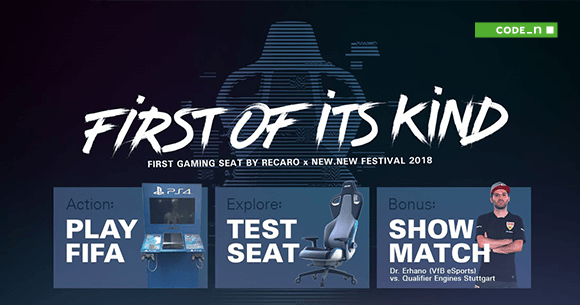 Recaro is the first established seating specialist to enter the field of gaming peripherals. By founding its new Stuttgart-based company, Recaro eGaming GmbH & Co. KG, the Recaro has positioned itself as an equipment supplier to the gaming and eSports scene. To achieve its goal of thrilling gaming enthusiasts with an entirely new seat developed from the ground up, the young team at Recaro eGaming is committed to combining the dynamism of a startup company with the Recaro brand’s many decades of seating expertise. In doing so, the company is breaking new ground.

In 2016, the Recaro Group launched a collaborative innovation project with startup founders in the gaming scene. As the members of the project team realized how alike they are in many respects, and how well suited Recaro was to gaming, the project quickly grew into a new business field for the brand. After all, in the industries in which the brand is already active, it is all about the joy of competition, innovative technologies, and developing the best solutions for the respective field of application. Users who are always on the lookout for product enhancements and searching for the best equipment have been familiar with Recaro for decades. An example of this is motorsports, where both people and materials are subjected to the most demanding conditions. Here, the seat, as the largest area of contact between man and machine, provides the driver with direct, split-second feedback. At the same time, the seat’s ideal fit protects and supports the driver, so that he or she can concentrate fully on the race, even during endurance races.

The same – maybe surprisingly for some – applies to gaming, where players only have a few milliseconds to react precisely – to claim victory and avoid defeat. Like motorsports, eSports are competitive sports in which equipment is the key to success. After all, only with the right equipment is it possible to achieve maximum performance. Racing enthusiasts and gamers alike benefit from an ideal seating position where the body is supported and relieved in such a way that they can concentrate on the race or the game without fatigue. 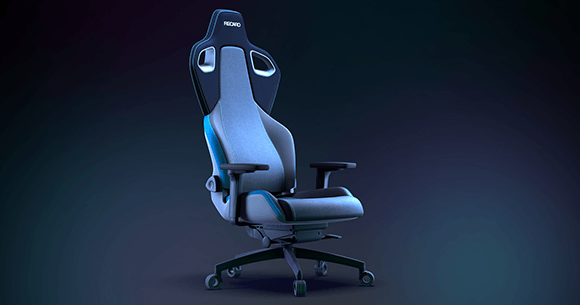 The Recaro team, which is made up of startup talents and active gamers, recognized these decisive parallels. The team’s initial seat prototypes and tests in the gaming community ultimately underpinned the decision to enter the gaming and eSports market as a provider of premium seats. This heralded the birth of Recaro eGaming. In late 2016, the young team launched a unique project dubbed Fortify. With the gaming community’s involvement, they developed the first seat to meet the gamer’s needs, systematically and from the ground up. To ensure impeccable product ergonomics and execution, those responsible at Recaro eGaming have also incorporated the in-depth know-how of Recaro Group seating experts and designers.

This enabled them to reach an important milestone as early as mid-2017: a prototype equipped with special sensors to determine the ideal seating position for different types of players. Just one year later, another important milestone has been reached: the first public presentation of the beta version of the “First Of Its Kind ”seat at the Gamescom 2018 in Cologne, with the aim of receiving feedback to incorporate into the final version. With the program’s remaining objectives clearly defined, the first production seats are to be launched into the market in early 2019. 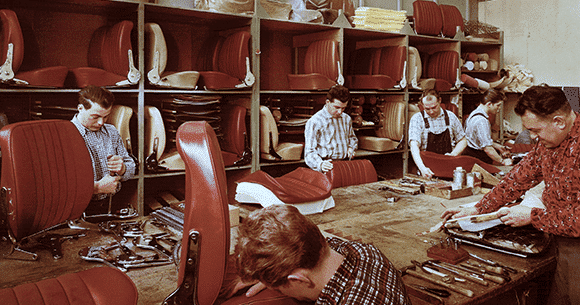 A TRADITION OF INNOVATION

Recaro seats have always been the first of their kind – whether in motorsports, on the road or in the air. Starting with the first Recaro sports seat in 1965, which revolutionized automotive seating, to light and flexible aircraft seats, and on to the first child seat that grows together with the child, and the first length-adjustable, FIA-certified racing shell, our products have set new standards over and over again. The first Recaro eGaming Seat carries forward this tradition.

Make sure to drop by Recaro’s booth at the new.New Festival (A0.12E expo space) to accelerate eSports with the first real gaming seat!

The Recaro Group comprises the independently operating divisions Recaro Aircraft Seating in Schwäbisch Hall, Recaro Child Safety (child car seats) in Marktleugast and Stuttgart, Recaro eGaming in Stuttgart as well as the Recaro Holding located in Stuttgart. The Group’s consolidated sales amounted to 540 million euros in 2017. Currently the Group employs more than 2,400 employees at its locations around the world. The automotive seating business is operated by the licensee Recaro Automotive Seating.