The excitement is in the air: Thursday, July 31, 2014 will see the official start to CODE_n 2015. At a press conference to be held in cooperation with our partner, CeBIT, we will unveil our motto for the next round of our global innovation contest and our plans for the exhibition at CeBIT in March 2015. 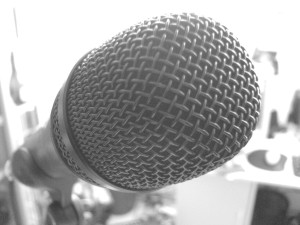 The only thing we can divulge before the big presentation: Next year, the CODE_n contest at CeBIT will be even more exciting, even more spectacular and more involving than ever before.

Our plans for CODE_n15 will be presented on Thursday by Andrea Wlcek, Director of Group Marketing & CODE_n at the GFT Group, which was the initiator of the CODE_n.

The CODE_n innovation contest is held each year under a new theme – topics that we believe will shape digital society and business in the years to come. In 2014, we looked at the issue of big data. The theme for next year’s CODE_n15 contest will be revealed at the press conference.

As in past years, the 2015 contest will center around the global competition for founders and young companies working in the field of the selected theme. 50 of these startups will be given the chance to present themselves on an international stage with a booth in the CODE_n hall at CeBIT 2015 (March 16-20, 2015 at the trade show grounds in Hanover). The opportunities that open up to startups by participating in CODE_n will be revealed at the press conference by five young entrepreneurs who previously participated in the contest. Under the banner “When startups grow up,” they will talk about their own experience before, during and after the contest. Representatives from Changers.com, GreenClouds, Sablono, Tado and Viewsy will be in attendance.

Designer Clemens Weisshaar (Munich) will also be availableand will present the plans for the presentation of the CODE_n 15 leitmotif. He will take the lead in designing the innovative location for CODE_n15 – Hall 16 at CeBIT. Clemens Weisshaar is returning to lend the contest his masterful touch, having inspired visitors and key influencers in 2014 with his spectacular interior design.

The press conference will be held in Hansaloc, Hansastrasse 31/III in 81373 Munich. It is scheduled to begin at 11 a.m. Naturally, we’ll be on site, reporting live through our well-known social media channels – on Twitter, Facebook and Google+.

Hashtag for all reports in social networks: #CODE_n

Members of the press and bloggers are warmly welcome to join us. We expect the press conference to last around two hours. Snacks and drinks will be provided.

A quick message regarding your planned attendance would be very much appreciated. Simply send an e-mail to Felix.Jansen@gft.com. Of course, we’d be delighted to arrange interview times as well. We’re looking forward to it.

Looking forward to seeing you there.