Baden-Wuerttemberg – and the metropolitan region in and around Stuttgart in particular – is well known for the abundance of manufacturing enterprises based in the area, from IT giants like HP and SAP to production conglomerates like Daimler, Bosch, and Trumpf. It’s hardly surprising that the state is also seeing more and more startups in the area, also thanks to valuable support provided to business founders by initiatives like CODE_n and STARTUP AUTOBAHN. The CODE_n SPACES offices in Stuttgart were full to bursting today as we enjoyed a discussion with the state Minister-President Winfried Kretschmann and talked about needs and ideas for the area from the perspective of business founders. 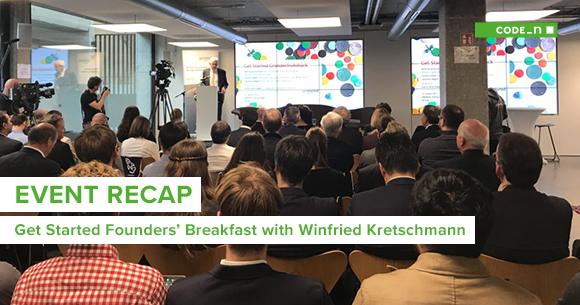 The first political Get Started Founders’ Breakfast in Baden-Wuerttemberg

In his welcome speech, Ulrich Dietz, Bitkom vice-president and the founder and initiator of CODE_n, underscored the need for firms to put plenty of thought into digital transformation and their own transformation as a business now. He also called for a robust strategy for the state of Baden-Wuerttemberg, especially when it comes to future travel solutions (“mobility”), an area in which the state needs to lead by example. 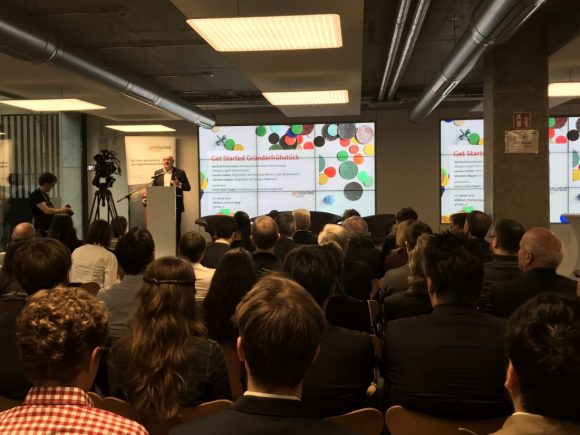 When the minister-president took to the pedestal, he also emphasized how much he values and respects the tenacity and drive of business founders and their ability to keep things moving forward. However, he also noted that companies’ order books are so full at the moment and job prospects are so good that many highly qualified workers choose to go to established companies rather than set up a company themselves. The state government intends to invest up to ten million euros to do something about this by improving the startup culture at a number of universities in the state. 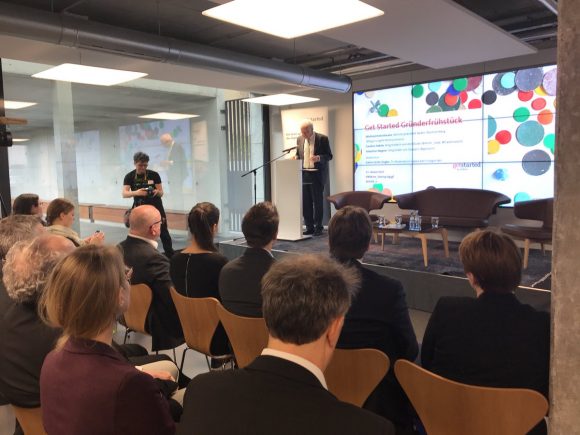 What else is the state government doing to make this state of creative inventors and fastidious innovators more appealing to other German entrepreneurs, plus business founders from other countries? And what is Baden-Wuerttemberg actually like as a location when people thinking of starting a business come here? These and other issues were the topics discussed by the Ambigate founder Caroline Dabels and Sebastian Wagner from Geospin. The discussion with the minister-president was moderated by the TV presenter Katrin-Cécile Ziegler. Similar to our Founders’ Breakfast last year in Berlin with the mayor and Senator for Economy Ramona Pop, one question that was raised was why the government ministries and state institutions don’t come up with solutions for startups themselves. Dabels followed this observation with a cheeky remark, saying that her occupational healthcare should certainly also be interesting for ministry employees. 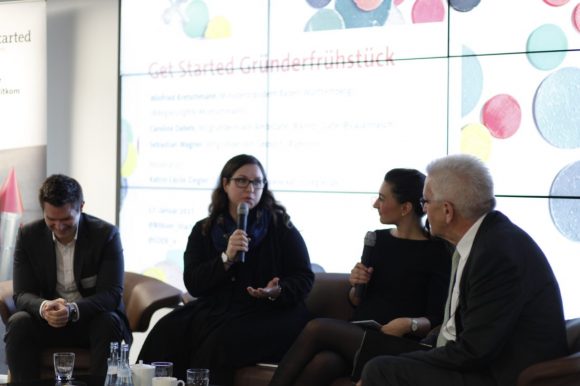 Funding and no room for a culture of failure

Funding and finances are of course perennial topics that are also important for entrepreneurs in Baden-Wuerttemberg. Minister-President Kretschmann has also gone and taken a look at Silicon Valley and Silicon Wadi in Tel Aviv, and he believes that no one in Silicon Valley would ever expect the state to jump in with a venture capital fund. The business founder Sebastian Wagner came back on this assertion by saying that it’s not always about the big numbers, a broad-based initiative would also be helpful to lots of startups, for a relatively small sum of money. This was an interesting idea and one that falls in line with efforts to provide safety nets. It would also make it easier to – as the minister-president said in his own words – “stop flogging a dead horse and start again.”

The lively panel discussion, the questions from the audience, and the opportunity afterward to forge networks served to underscore how important it is for business founders in Baden-Wuerttemberg to keep the communication channels open with politicians. It was a pleasure for us to make a contribution to this exchange, and we would like once again to express a big thanks to Katrin-Cécile Ziegler for moderating the event and to CODE_n for the hospitality!

Iris Bröse is project manager for startups at the Bitkom startup initiative Get Started. Get Started supports a better legal framework for tech startups in Germany with the aim of initiating and fostering discussion between startups and policymakers. To find out more about Get Started and the things it aims to achieve, go to getstarted.de