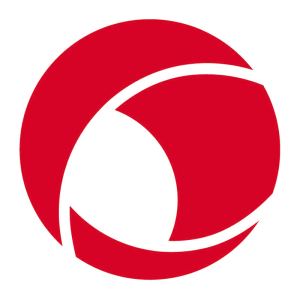 Secucloud has invented ECS2, a cloud-based IT security system, that filters your entire data stream on IoT devices both at home and on the move. Secucloud is offered for mobile users, smart homes, businesses and Industry 4.0. We talked to Aleksander Groshev, senior operations manager, to find out more about the young company and its mission to prepare society for growing threats.

Aleksander Groshev (Secucloud): Dennis was founder and for many years CEO of an international firewall vendor and provided high-end security systems to major enterprises. Noticing changes in the market, especially in the cloud sector, Dennis wanted to bring those high-end systems to mobile and home users. A security system should be created that mastered the challenges of IoT and Industry 4.0.
secucloud was born and we made it our mission to prepare society for growing threats on the internet in a reliable and affordable manner. secucloud protects Internet of Things devices, both at home and on the move, in a manner in which only major corporations are usually protected – however it does this flexibly, affordably and without compromise at the highest level.

Aleksander Groshev (Secucloud): With the evolvement of IoT, more and more devices are going online. People browse with tablets, smartphones and watches, are watching online TV or connecting their complete home to the Internet 24/7. These systems communicate with each other – however, most people ignore the necessary IT security measures and until now, there is no security solution for IoT on the market – to protect all devices equally.
We provide cloud-based IT security, protecting all online devices regardless of type or operating system. Our ECS2 IT security system filters your entire data stream on IoT devices, both at home and on the move – independent of the operating system, and depending on the provider this is possible without the installation of extra software or apps.

Aleksander Groshev (Secucloud): The founder, management team and advisory board of secucloud have already been at the helm of some of the world’s most influential and largest companies. For example, Dennis, our CEO, has already founded an IT security company and made it into the top firewall vendors worldwide. Erick, our CTO, has worked for Cisco and is an expert in cluster computing – the basis of our system. Prof. Dr. Pohlmann is a luminary in the field of IT security in Germany, who also advise the Federal Ministry of Economics and Technology. Last but not least, Ilijana and Ulf both have management backgrounds in leading companies such as Kaspersky, Microsoft, Juniper and Vodafone.

Security for mobile devices features prominently in public discussion, mainly as a consequence of all the facts published by the American whistleblower. As we discovered, even the cell phone of Angela Merkel, the German Chancellor, was intercepted. Have you noticed a rise in interest in your product recently, in connection with these developments? How do you safeguard data security?

Aleksander Groshev (Secucloud): Yes, security for mobile devices is a big issue, but still the awareness of threats coming from the Internet is relatively low. Since the attack on our chancellor’s cell phone and the information Edward Snowden published, we’ve definitely seen a growing interest, but there is lots of upside.
Our system is unlike traditional desktop software solutions; it’s a comprehensive carrier-grade Internet security platform, providing checkpoints between web-connected devices and the Internet. We scan all incoming and outgoing traffic using deep packet inspection without any installation – anywhere in the world.