Finalist | Muzzley (Portugal) - "One App that Rules them All" 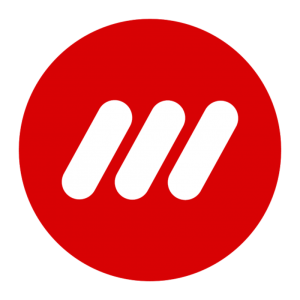 Muzzley isn’t just an app to control and connect all your devices, it’s an IoT platform that gathers these devices in a single place, enabling them to learn with the user’s behavior, his context and routines. It’s made for users like you and me as well as manufacturers. Inês Raimundo, Marketing & Partnerships Manager at Muzzley knows all about the two founders and their intentions and has answered all our questions.

Inês Raimundo (Muzzley): Domingos and Eduardo, the founders of Muzzley, had spent a long time discussing the problem of having different kinds of physical interfaces (remote controls) in the home. This problem was tackled with a unified physical remote control, but the interface was way too complicated (lots of buttons) for the common user. This led both founders to think about the best interface for the user and they came up with a simple and much more useful answer – the smartphone, something that users are always carrying with them anyway. Also, they believed that the mobile should morph according to the device/appliance the user interacts with. At the very beginning of their brainstorming process, there were only a few connected devices such as the TV and set-top boxes, alarm systems and cameras, but they immediately built an imaginary world in which everything around them was connected and interoperable. This would mean devices would talk with each other and be controlled and managed by their app, which later on was called Muzzley.

By the time the team got their first devices under the control of the Muzzley app, they were already living in a world of the Internet of Things. They soon realized that the user would need more than just manual interaction, with the smartphone as the main gateway. That was when the first tests with intelligent algorithms for Muzzley appeared. The team’s been working on it ever since and the official launch was made at CES Las Vegas 2015 back in January.

Inês Raimundo (Muzzley): Muzzley is a very broad IoT platform with regard to the service it provides. Our clients are not only the app users, but also manufacturers, who integrate their own products into the platform.

For the users:
We’re solving two main problems, both of which regard the way users interact with their connected world. First of all, as the variety of devices expands, users will have 20 different apps for 20 different mobile applications; Muzzley is a single entry point for all these devices. Secondly, we’re predicting that users won’t feel satisfied with the having to create rules to make their devices work. Because of the artificial intelligence layer Muzzley applies to devices, they adapt to user behavior and context as well as his or her routines. Based on that, the app submits highly relevant suggested actions, which make sense for the user. To sum it up, Muzzley intends to create the most seamless relationship between people and their connected devices.

For the manufacturers:
Manufacturers can be split into those who build connected devices and those who don’t.
1. For the first ones, Muzzley solves the problem of interoperability between devices, as well as the lack of data regarding how users use their connected devices. By integrating with Muzzley, products can interact with each other, regardless of brand and protocol; also, manufacturers are provided with very insightful and relevant information on how their users interact with their devices (e.g., My lamp is normally used at what time of the day? How many times? With which other devices? Is this market valuable for my lamp to be sold here? What is the average time span of my lamp in this country?).
2. For the second ones (who don’t have connected devices), the main problem is that manufacturers are not catching up with the competition, and still don’t sell connected devices. Muzzley helps them make their devices smart, and this lets them focus on what they’re good at: hardware. Muzzley takes care of the software (app, cloud, third-party integrations). This is possible because Muzzley has a software connector that is embedded in some of the mainstream micro-controllers in the market, such as m’bed from ARM and Galileo and Edison from Intel. The manufacturer just needs to build his device with one of these micro-controllers that are Muzzley-compatible and they have immediate access to the whole platform’s perks: app, cloud, ecosystem of other devices, artificial intelligence, data on users.

Inês Raimundo (Muzzley): Domingos and Eduardo met at their university’s research center in Lisbon, at the age of 19. Although they were at the same university, they were studying different subjects. Domingos was studying telecommunication engineering and computing (Engenharia de Telecomunicações e Informática) and Eduardo was studying management and business IT (Gestão e Informática de Empresas). After university, they followed different paths – Domingos followed a path programming security software and Eduardo programmed customized software. Later on, they met again while working on the same project: Domingos was the CTO of a company that hired Eduardo’s company. At that time, they went together to Silicon Valley following an invitation from a friend who was there with a company called Aptoide. They soon realized that that was the right time to take the idea forward: “one app that rules them all’!

Your goal is to provide one app to control all your smart home devices. How will you make sure this supports the increasingly expanding variety of devices?

Inês Raimundo (Muzzley): Our strategy is to integrate with the most successful connected devices in the market, and those whose potential we believe in. Because we have two ways of integrating with these devices – cloud-to-cloud integration and device-to-cloud integration – we’re able to incorporate a very broad number of products into the platform. In technical terms, we develop tools that simplify the integration of devices with our platform, so on average integration time only takes 3 days. Once integrated, the device has automatic access to all Muzzley features, such as automation, manual control, machine learning, etc., as well as interoperability with the whole ecosystem of devices (e.g. the plug of Brand A talks with the lamp of Brand B).