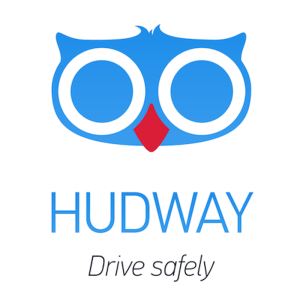 HUDWAY is an augmented-reality application for navigation when visibility is reduced to 50-60 meters and overall conditions are dangerous — heavy snow, rain, fog, dusk or darkness. The user puts the smartphone onto a dashboard, close to the windshield, and starts driving. The live visualization of the road created on the smartphone screen is reflected off the windshield, making it a HUD. Ivan Klabukov, Co-founder and CEO of HUDWAY tells us more about the origin of their idea, the rocky road until they came up with the final solution and all the great functionalities it offers now.

Ivan Klabukov (HUDWAY): The idea, just as it often happens, came from a real need. My brother – the project co-founder – is a professional rally pilot. He once came up to me and asked me to create a mobile app that would display a road line and the vehicle’s position on it — like you see in games. A rally co-pilot could use this info to get their current speed, locate their position and check if they’re lost.

We made a simple app and then had to work out how to display this info on the windshield. This would allow the pilot to see the info too. Moreover, this would support the co-pilot’s instructions, which is important, especially for junior co-pilots. We couldn’t just attach the phone or tablet in front of the pilot — it would reduce his visibility. Plus, you can’t take the pilot’s eye off the road — to imagine how focused the pilot has to be, imagine driving along a narrow, windy forest road at 150 km/h.

Then we thought about projecting the image onto the windshield. We did some research and found some guys in the USA who already manufacture head-up devices with laser projection onto a special film glued onto the windshield. This was a cool solution, but also a very expensive one. We saw no way forward and almost gave it up.

Some time passed, and then me and my brother were driving at night between the cities. The road was just bends, through the forest, no lights, no marking. It’s quite an experience when you drive the rout for the first time — you can’t predict where the next bend will be. Alexey was driving and I had an incoming call. When I ended the conversation, I put the phone onto the dashboard, screen up, and saw a perfect reflection on the windshield. We exchanged glances and realized it was the solution.

This was the day the HUDWAY idea was born and it changed our lives — now we eat, sleep and dream HUDWAY.

Ivan Klabukov (HUDWAY): HUDWAY primarily addresses people traveling by car. When driving from one city to another, you’re driving along a road where it’s difficult to remember were all the twists and bends are. Also, there’s often the risk of getting caught in poor visibility (darkness, fog, heavy rain, snow, winding mountain roads), and you realize it would be better to have a GPS navigator guiding you. But current navigation systems are inherently unsafe since they distract the driver and take their attention away from the road — this is particularly true when driving in low visibility conditions.

HUDWAY works differently. Firstly, it displays the information on the windshield, right in the driver line of vision — that allows drivers to focus on the road, keep their hands on the wheel and concentrate on driving. Secondly, we’ve developed a totally new look for displaying crucial navigation data — specifically for bad visibility. We display a 3D-animated image of the road right on the windshield and display only one or two upcoming curves — that’s all the driver needs at that current moment to decide whether he needs to slow down, if it’s safe to speed up and overtake, and visually assess how complicated the next manoeuvre will be, etc.

All this is based on the feedback and tests taken by professional pilots and co-pilots during rally rides. We’ve also added Voice Assistant to emulate a co-pilot. Most navigation system instructions say “Turn right and drive straight for 75 km,” whereas HUDWAY gives detailed step by step instructions indicating the next turn’s direction and how sharp it is, and the distance, like “200 left easy long” or “500 right 90 degrees”. At first it sounds a bit weird, but you quickly understand why professional pilots use these concise “pace notes” — when you hear them, they create a picture in your head of when and what the turn ahead is like.

Tell us a bit about the company’s founders like their professional or industry background and the origins of the founding idea.

Ivan Klabukov (HUDWAY): Both founders have been successful business founders and owners for over 10 years.

Alexey founded, owns and has now managed a law company for 13+ years. He has broad experience in law and finance fields, as well as in rally driving (professional rally pilot with a national ranking, 1st place in the Russian Rally Cup 2013) and in extreme driving in complicated conditions, including low visibility conditions.

Both earned an MBA degree at a business college (University of Louisville (KY), USA) in 2013.

Do you ever fear competition from the big car manufacturers that could integrate a similar system into their cars? What exactly makes your development special and therefore difficult to challenge by the mentioned tech giants?

Ivan Klabukov (HUDWAY): I hope one day every single car in the world will have a head-up display. By for now I hope HUDWAY will become part of the software on these HUD units.

Big car manufacturers offer major opportunities, but these will still be embedded and hardly affordable for the average car owner. The price as an option starts at $1,000. We offer a simple solution and an unparalleled price. As a mobile app, HUDWAY is a sleek, flexible and global product, and we’re willing to keep it that way, so that it can be used in any car, irrespective of its price, manufacturer or geography.