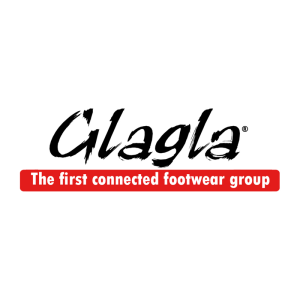 A shoe which tracks your activity, is connected to your smartphone and can even warm your feet – this tech vision will be realized by the French startup Glagla. We asked the founder Karim Oumnia – who worked for a number of years as an engineer in the footwear industry – how he came up with this idea and where this will lead to.

The idea came from a hunting company. The first time I thought about the Digitsole was when an old French company specialized in hunting products (guns) asked me to help them create a shoe collection, as an engineer. They wanted an innovation that would help them create a marketing buzz to launch their hunting shoes; but after a whole day of brainstorming at their office, nothing came up.

Then the CEO invited me to go hunting. I had never hunted before. It was March in the middle of France and of course, it was very chilly (I hate being cold, I’m originally from Algeria!) and all the hunters had already been waiting in the forest for over three hours. They were freezing. When I got there, it took me less than five minutes to feel that horrible feeling of frozen feet and toes so I immediately asked the CEO to drive me back home. He said he will not drive me back until I find the idea. I had no other choice than to think quickly and I told him without conviction that I could design a heated shoe that could be controlled by a remote. I really didn’t know how to do it, but I was freezing and I really wanted to go back!

A few weeks later, I designed a heated sole that was powered by a simple battery. It was 2006. The first heated insole was created! Since connectivity entered the scene, I have been obsessed with the idea of connecting up this heated insole. And now it’s done…

The introduction of electronics and energy (batteries) to footwear was a huge challenge that will totally modify the footwear industry and bring a new era of footwear. After 3 years of research, development and tests, we were able to introduce electronics and energy, and connect the shoe to a smartphone. Our idea was not only to connect the shoes and collect data like steps, distance, calories etc… We wanted to create a connected and interactive product. That means a new generation of connected products that you can manage, simultaneously modifying physical parameters. So I’ve decided to create a connected removable insole that can track your day (distance walked, calories, altitude etc…) and that you can heat at a desired temperature with a simple click on your smartphone.
Our target group is all the people in the world that may suffer in cold weather. It can be you or any individual in winter. It can also be :

The company founder is Karim Oumnia, 48 years. He graduated with a double degree as a mechanical and industrial engineer. He worked in the footwear industry for more than 20 years. He is known as a very innovative shoe guy. He created the latest football shoe in 1999, then the first women’s football shoe in 2000, and many other innovations in sports and footwear. He won and international award for the best shoe of the year in 2001 and the best innovation in 2005 with the first ventilated shoe (very light, washable and 3 times more breathable than any shoe in the world… It’s a T-shirt for your feet!). Karim has been obsessed for 20 years with the idea that the footwear must be more than just a product to protect your feet. It must be a product that can make your life better. Since electronics became smaller, stronger and much more efficient, he has been obsessed by the idea of introducing electronics and energy to shoes to bring more comfort and pleasure.

How do people react when they hear about your product – the shoes – for the first time? Are they more skeptical or even amused, or do they see the value for their sports activities and health management?

At first, people think it is just some kind of gadget, for fun … they can’t imagine that something like that already exists. Most of them think it can’t be possible, so we go on to the demonstration Of course, after the demo, the next question is : “What’s the price?” People are amazed, surprised, but most of all, people are glad this product is finally coming on the market.