Finalist | Evercam (Ireland) - the eyes of the Internet of Things 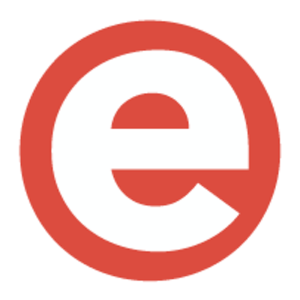 We spoke to Marco Herbst, CEO at Evercam, for our short Q&A series that will introduce all of our CODE_n15 finalists over the next couple of weeks. Evercam is a developer platform for cameras that makes it easy to integrate IP cameras with any other software application or IoT platform for visual inspection and verification of events. It uses security cameras for non-security functions by applying the open principles of IoT to the world of closed-circuit television.

Marco Herbst (Evercam): The first Evercam application was a time-lapse movie of the Prinzessinnengarten park in Berlin and then one of the conversion of the old Bechstein piano factory when it became KreativHaus Berlin. Both videos are on YouTube now and have documented progress for over a year. This is when we realized how poor existing software was for IP cameras and the need for easier ways to get them to do tasks beyond security.

Marco Herbst (Evercam): Most of our customers are business owners or people in management roles who need faster and better access to information. Our cameras connect abstract data – e.g., error reports, weights, entry dates and times – into actual images of the actual events. This is invaluable whenever someone needs to be able to trace what has actually happened. We think of our business as adding eyes to the Internet of Things.

Marco Herbst (Evercam): My business partner and I have worked together since we both sold whisky in college over 15 years ago. Straight after college we started a jobs website, jobs.ie, which grew to become the largest online recruitment website in Ireland – a position it still enjoys today. While living in Berlin, I began experimenting with cameras to make short films of some of the activities going on around my apartment on Moritzplatz. It quickly became obvious that IP cameras were not as easy to use or write software for than nearly every other aspect of the Internet. I asked Vinnie to join me in building a business around solving this problem and he immediately saw the potential. Initially, we focused on security, building a cloud CCTV platform which has now diversified into an app store to include other useful functionality such as live streaming, scheduled emails and integration with software such as SAP.

What are the biggest advantages for a developer in using evercam besides saving time?

Marco Herbst (Evercam): Cameras today are a bit like printers … they are not very standardized and they often don’t work quite how you might expect them to. The main advantage of using Evercam is to overcome these problems by offering developers a beautiful, standards-compliant API that removes them from all the complexities of dealing with the hardware.
No matter what the developer builds using Evercam, they can be confident that it will work with any Internet-connected camera currently available on the market.

Cell Beat    05/30/2018 6:32 am
Cameras really have improved for the past couple of years from wired to IP cameras, from low to high resolution, Some cameras are even able to recognize a person you black listed to tell you if the same person enters the store again who tried stealing before
This article was reblogged under:  CODE_n Alumni | Industry 4.0 startup Evercam takes global construction business to a new level! | CODE_n Blog
This article was reblogged under:  Promising tech startup hubs worldwide: Dublin is the eighth best European city for startups! Here are its strengths, weaknesses and special powers | CODE_n Blog