Estonia – the nation of digital transformation 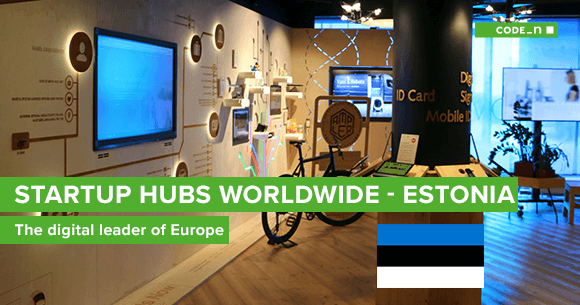 Everyone is talking about digital transformation and people everywhere are looking for solutions. And one country is currently serving as an international example to others in this respect: Estonia. At first glance, you wouldn’t know it – not from a country with 1.3 million inhabitants, living in such beautiful countryside among so many historic buildings. The capital, Tallinn, feels like an invitation to travel back to quieter times. What many don’t realize is that this small country is home to well-known high-tech startups and even four unicorns, one of which is Skype. The startup network SUN traveled to Tallinn in late May to learn more about the digital culture behind the cornflower fields and chirping swallows.

SUN (official title: Startup-Netzwerk SUN E.V.) has set itself the task of simplifying the path to entrepreneurship for young founders and anyone interested in setting up a business. A registered association, SUN has approximately one thousand members and its aim is to foster a spirit of entrepreneurialism in Germany. This partly involves learning from other nations around the world. To do so, once a year the network goes on a trip to peek behind the scenes of important regions of the world, especially countries with a penchant for business startups.

Whether it was Istanbul, Portugal or other locations, a variety of companies, organizations, and universities have opened their doors to the voluntary association over the past three years. In 2018, SUN decided to visit a new highflyer in the international scene and go on a trip to Estonia. The aim was to allow members of the small startup delegation to explore for themselves for about a week and find out what makes Estonia one of the digital pioneers of our time. 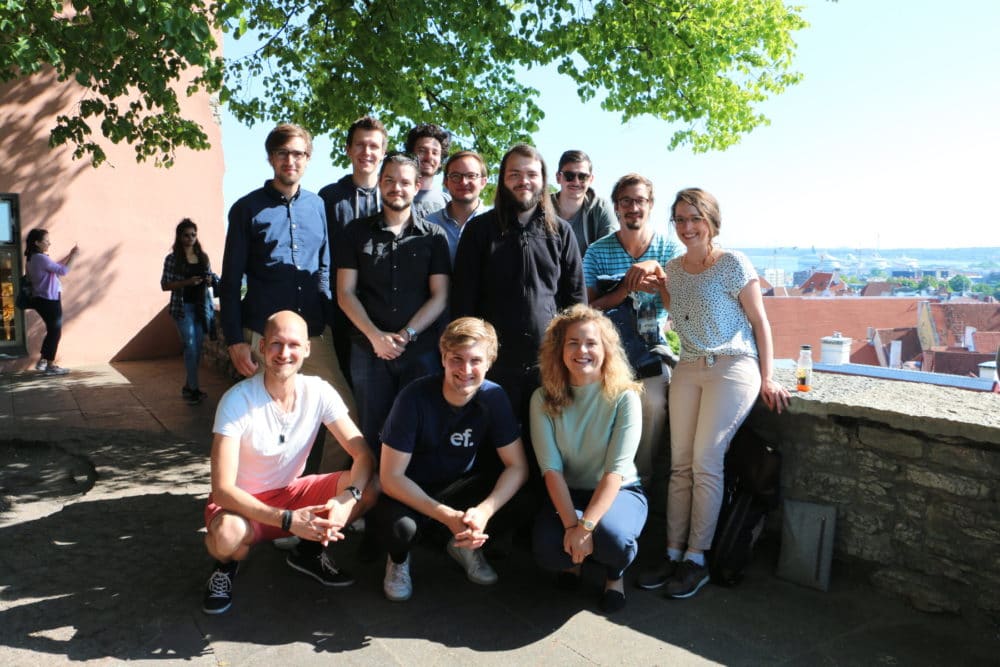 A country of many strengths

During the trip, some exciting things came to light. This is a compact country, but it knows how to turn one key attribute into its main point of advantage: It’s small! Precisely: Its size is what makes Estonia so adaptable and dynamic, and even the government and the nation itself sometimes feel like a startup. After years of belonging to the USSR, Estonia had to reinvent itself in 1991 and set up political structures to reflect its new independence. Obviously, this meant inventing new ways of doing things that had simply not been possible before.

The delegation to Estonia discovered that the government had to put everything in place for a powerful IT sector to develop, especially given what the former president of Estonia, Toomas Hendrik Ilves, once said in an interview: “There’s not much more than stones and trees in Estonia.” Less than 30 years later and they’re taking the lead in the European Union. Since late January 2015, Estonia has offered e-residency to the citizens of many non-European countries. Despite this privilege, new e-residents cannot become citizens or residents of Estonia, so they do not receive a permit of residence, EU visas, or voting rights. They simply get a digital identity.

Digital citizenship and the digitalization of a nation

One highlight worth mentioning about the SUN trip was a visit to e-Estonia, the official digital showroom of the Estonian government.

The e-Estonia showroom is a briefing center in Tallinn. Its aim is to do more to convey the digital success story of the country to global decision-makers, politicians, business executives, and the media in the hope that this will help drive change. If you’re German, you could get jealous about some of the things they’re doing there – especially the fast internet, which is being expanded to 5G this year, or the simple processes for setting up and managing a company. The traveling startups, entrepreneurs, and consultants got particularly enthusiastic about this bit.

The project manager of the showroom, Indrek Õnnik, shared some detailed insights into the hurdles you encounter when you build a digital society, as well as the next steps for Estonia. This session was rounded off by a lecture on e-residency. The idea of the program is to give other countries access to Estonian services covering aspects such as founding a business, banking, payment processing, and tax. The program gives e-residents a smartcard for signing documents. This card combines several concepts that we already have in Germany, so it’s an identity card, a health insurance card, and a banking card. E-residency allows you to benefit from a wide range of offers under the digitalization program. For example, in the future the program will link up all entrepreneurs in Estonia and they will be able to submit simplified tax returns or access additional services (at no cost) such as advice and support from the government. It was a pity we couldn’t take out citizenship there right away.

The SUN startup network was also given an opportunity to talk to lots of companies during the trip. This included visits to the modern travel startup Comodule, the prefab housing company Kodasema, and the innovative brewery Sori Brewing. 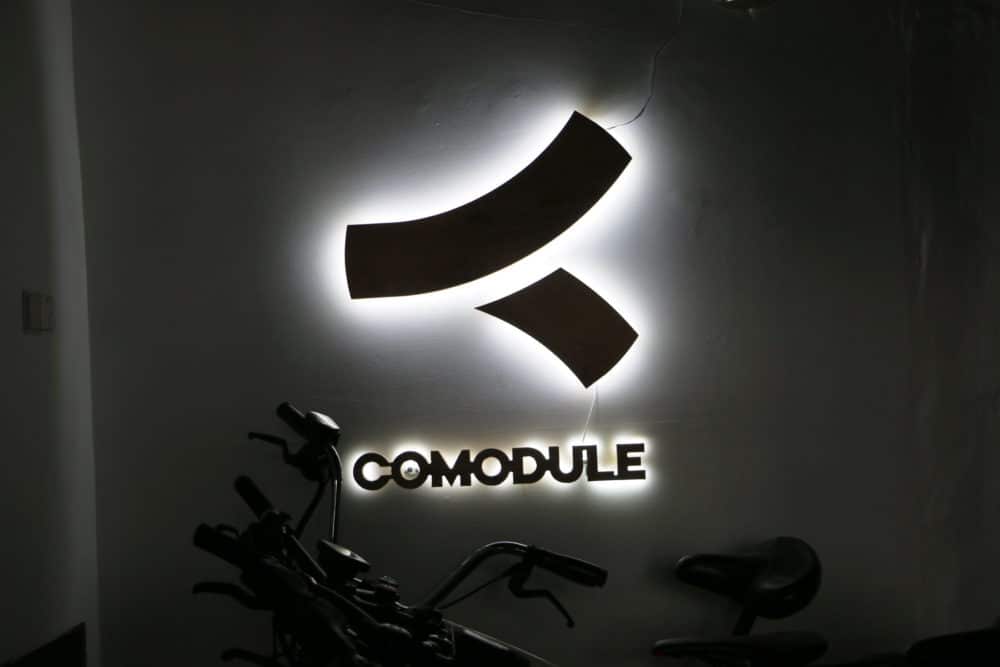 Comodule digitalizes travel (“mobility”) as we know it. So it applies digitalization tools to the light vehicle industry, such as bicycles and scooters. Its goal is to combat road congestion, especially in cities, and inspire people to travel around more on alternative vehicles by optimizing bicycles and scooters. Kodasema offers a solution called KODA, which in 2016 was recognized as one of the most innovative housing concepts in the world. KODA is inexpensive and offers smart architecture. The inventors of this compact house now offer a wide range of options on a floor area measuring only 30 sq m. Then there is Sori Brewing, a combination of traditional brewing and modern flavors. Sori became famous for its tremendously successful crowdfunding campaign, which resulted in around €500,000 being raised.

The delegation also engaged in some fascinating conversation, for example with Märt Aro, the founder of Dreamapply, who is working alongside his team on the future of learning. Other stops that proved highly educating for the delegation included universities and incubators such as Tallinna Tehnikaülikool and MEKTORY. The visits to Lingvist, a machine learning app for acquiring new languages, and Funderbeam, which has revolutionized startup investment with blockchain technology, were also particularly impressive.

One thing became clear as daylight to the delegation after speaking to all the founders and inhabitants of Tallinn: Digitalization is talked about and communicated differently than in Germany. In Germany, developments are described as new, unique, or revolutionary and this often results in reticence, especially because of a certain fear of change in the country. In Estonia, people see developments as something completely normal; change fundamentally improves their lives. So startups also don’t even think about technology hurdles or the difficulties of change. They follow an inner drive to create something useful for their customers.

In summary, all of the delegates who went on this year’s SUN trip flew back to Germany with plenty of new ideas and memories. It was an opportunity to network, learn about innovation, and explore. We brought back so many ideas and so much new information to Germany and we would love to share it with the German government and companies.

NOTE: All pictures were provided by Startup-Netzwerk SUN E.V. 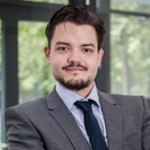 Alexander Pinker is an innovation profiler, futurist, and startup expert. He is a board member of Startup-Netzwerk SUN e.V., a Europe-wide association that fosters young entrepreneurs. In 2011, he founded the Medialist Innovation Group (www.medialist.info), which deals with digital change through innovation profiling. He is also project manager for multimedia and new technologies at the Munich-based agency GMM AG and a lecturer for trend and innovation management in Wurzburg. Together with SUN e.V., he supports CODE_n as a network and communication partner.