Crowdfunding – Raising the Bar for Business Angels and Venture Capitalists

Following the Fall 2011 launch of crowdfunding on the Seedmatch and Innovestment platforms, this new-fangled financing instrument also took to the stage at the CeBIT trade show this year. Topping the bill at the event were two business startups, Changers.com and carzapp, the two recipients of coveted crowdfunding services from Seedmatch at the CODE_n contest. Both young companies have already reaped the rewards of crowdfunding: carzapp successfully revved up 363 investors with its concept and attracted capital worth €250,000. As Changers.com prepared to lower the curtain on its funding drive on May 2, 2013, it had 151 small investors offering a total of €80,750. In both cases, investors within the “crowd” participate via an equity-like shareholding loan (a German “partiarisches Darlehen”). Accordingly, every investor is entitled to a share of the startup’s commercial success. 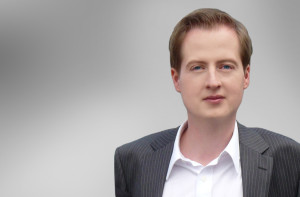 The usual approach taken on other platforms is based on classic “dormant equity” holdings. The German Efi think-tank (the Expert Commission on Research and Innovation) looked closely at this area for its 2013 annual expert report, concluding that, “In the opinion of the expert commission, equity-based crowdfunding could play an increasingly important role [in the future], especially during the early-stage financing of startups.”

This is also underscored by recent data from our crowdfunding monitor issued on March 31, 2013. In the first quarter of 2013, seventeen startups attracted no less than €1.8 million via crowdfunding platforms. The total value of all 67 funding rounds conducted to date in Germany is thus more than €6.5 million. There are a whole host of platforms for startups to choose from, with Seedmatch, Innovestment and Companisto topping the list of larger platforms.

This whole industry is now coming of age, and we currently expect funding to total €13 -15 million in 2013, having already hit €4.3 million in 2012. This is particularly interesting given that at €31 million, funding through classic investors was declining rapidly in 2012, just as new sources of funding began sprouting shoots. According to figures issued by the German Private Equity and Venture Capital Association (BVK), in 2011 such investments still stood at €42 million. The gaps in Germany are perhaps being plugged by crowdfunding. And now startups no longer have to turn to traditional business angels since there are many smaller flocks of business angels to win over. Another trend is also emerging, which may turn heads with classic VC companies. More and more startups are returning to crowdfunding even during the second round of financing – and they’re attracting bigger sums of money. One company currently touting for funds is AoTerra, the first company to break the €500,000 barrier. It is currently setting its sights on up to €750,000 in a separate round of financing on Seedmatch. Slowly but surely, these are sums likely to pique the interest of venture capitalist companies.

To find out more, go to Für-Gründer.de and Crowd investing in Deutschland.