We all know the dilemma: entering your PIN and passwords thousands of times a day is for sure secure – but can be very annoying. One of our great CODE_n CONTEST finalists provides a solution for that! In the next part of our startup series, you get to know Biowatch. The FinTech from Switzerland integrates biometrics into wearables and with that assures e. g. secure payments by vein authentication. Matthias Vanoni, Co-founder and CEO told us more about Biowatch. 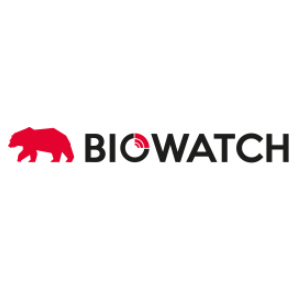 What is Biowatch all about? How did you come up with the idea?

The idea comes from the Brit Joe Rice, when he first patented vein recognition in 1985. The concept of using vein pattern to activate a watch that would seamlessly further authenticate the user on his/her behalf, has been advocated by Joe for years until I  – PhD student on vein biometrics – convinced Joe to partner and eventually turn the vision into a product. This was during summer 2014.

“Digital Disruption“ – that’s the motto of this year’s CODE_n CONTEST. What makes your solution innovative, what makes it disruptive?
Matthias:  For the first time in history, we integrate biometrics into wearables. This may not look like a disruption when compared to biometrics in mobile phones such as TouchID, but simply like an evolution. Actually, it really is a revolution, because biometrics integrated in wearables means the end of user authentication! Where TouchID asks the end-users to show their biometrics hundred times a day, Biowatch only asks the end-user to show his biometrics once while putting the wearable on. This disruption is made possible by innovation in image acquisition of a vein pattern from a wearable and overall miniaturisation-related issues.

You’re one of the 13 finalists in the Applied FinTech contest cluster. Which challenges do you think young companies have to face in this sector? How do you handle these challenges?

Matthias: We lack trust. If we manage to convince people that our vision is the right one (not an easy task as the audience often has to be educated first and convinced then), the lack of trust in our capacity to prototype, to industrialise, to commercialise, to make money etc. is still challenging. Again, the key is in communication, education and I would say iteration. Showing progress is important.

Your idea is based on bluethooth and NFC communication between the watch and further devices? Which devices, platforms and companies are already supporting your watch? And what happens if I lose it?

Matthias:  Yes. The “watch” talks to connected devices and authenticates the end-user on his behalf. We have the support of the number 1 retail bank in France, Credit Agricole, but also AUDI, PSA, RATP, KABA, smartwatches MyKronoz and many others are about to commit.

Losing your Biowatch will make you come back to dark ages where passwords, cards and keys are the rule and not the exception. Unless you made a duplicate of our Biowatch and thus use this spare one, so it’s like nothing has happened. And, oh, don’t worry about someone else using your lost watch: it works only on your wrist!

Thanks for the interview!