We recently spoke with CODE_n alumnus Thermondo. Quite a lot has happened for the Berlin-based startup since they participated in the CONTEST in 2013. Thermondo is a business run by skilled workers, the next generation of tradesmen: the founders developed an algorithm that can find a suitable heating system for any house within a matter of seconds. The company then installs the selected system. Philipp A. Pausder, co-founder and director of Thermondo, talked to us about his idea and all the latest developments. 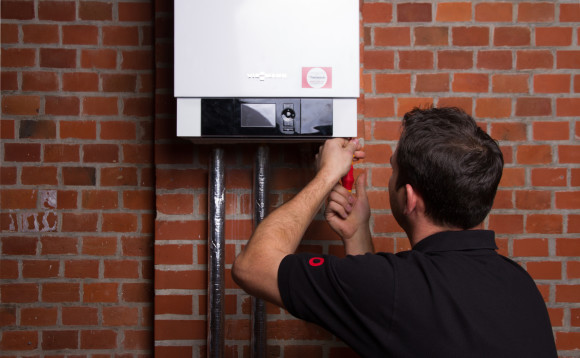 How about a brief summary for those who don’t know you very well? How did you come up with the idea for your company?

Philipp A. Pausder: There are 15 million outdated heating systems in homes across Germany. That’s 75 percent of all existing systems. Many of these units work inefficiently, use far too much fuel and spew inordinate amounts of CO2 into the atmosphere. The whole world is starting to talk about a transition to renewable energy. But no one seems to understand that the “thermal transition” is a big part of the energy transition, it simply doesn’t come up in public debate. Modern heating systems have up to 30 percent lower carbon emissions. At the moment, only about three percent of older heating systems are ever replaced. If we could increase this number, we would come much closer to our climate goals. And that’s what we want to encourage people to do through our company.

Philipp A. Pausder: We realized early on that there is a huge gap to fill when it comes to general awareness. Many homeowners have no idea what kinds of economical and ecological benefits await them if they opt for a more modern heating system. After raising general awareness, we follow up with individual consultations. We’ve developed an algorithm that allows us to create an offer for most housing and heating situations. We work with seven manufacturers so that we can offer the widest range of products for heating systems. Once a specific system has been purchased, it is installed by our team of master craftsmen (who are based throughout Germany).

Tradesmen and the Internet – does that work?

Philipp A. Pausder: Yes, very well! Our customers are always amazed at how easy it can be to carry out such an extensive renovation project. We’ve optimized our work processes in all areas to such an extent that we aren’t the only ones saving time, money and resources – our customers make these savings too. The idea behind our process is to take the burden off the customer. So we take care of all communication with the supplier and the chimney sweep. In fact, we even do things like dispose of the old heating system. 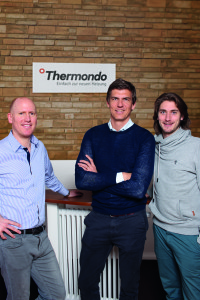 A startup needs strong partners. What has changed for you in this respect over the last few years?

Philipp A. Pausder: We’ve managed to bring great partners on board in the meantime, people who lend fantastic support. Last year we were able to win over E.ON with our idea. In April of this year, we were happy to welcome Rocket Internet and Holtzbrinck Ventures on board as investors. But we aren’t resting on our laurels. Quite the opposite: we’re pushing ahead even more. Last year we had 15 employees, now it’s 95. And we plan to continue growing. Demand is increasing and we have to meet it.

So there’s lots to do. What specific challenges will you face in the coming months?

Philipp A. Pausder: Very few tradesmen are unemployed in Germany, which is good news. But there aren’t enough younger skilled workers coming up to close the ranks, and even we’re starting to notice it. Although we have teams of master craftsmen in every region in Germany, we want to expand our network even further. So we’re always on the lookout for tradesmen (that is, master systems mechanics with a background in heating installations). We’d also like our sales team to grow so we can offer more advisors to customers. So our biggest challenge for the time ahead is finding talented, motivated specialists for each of the different areas.

So things will stay exciting. Looking back, do you have any helpful hints for young startups?

Philipp A. Pausder: Let’s just say we definitely owe a lot to CODE_n. The coverage we got just by taking part at CeBit back then was phenomenal. We were even featured in Bild newspaper and that helped us establish lots of new contacts. I can whole-heartedly recommend CODE_n to any new company in the startup phase.

We are very proud that yet another CODE_n alumnus has been so successful and wish Thermondo ongoing success!

This article was reblogged under:  Collaboration? Challenge accepted! What you need to prepare for when partnering up with corporations | CODE_n Blog