In 2012, our CODE_n Alumnus Soma Analytics started out with an honorable vision: to reduce work-related stress and make work-life more sustainable. Three years later the company, now based in UK’s startup hotspot London, has just been named Europe’s best mHealth Startup. Their flagship product is an evidence based mobile resilience program for employees which provides personalized improvement plans and interventions based on biometric information tracked by a smartphone. We talked to Johann Huber, CEO of Soma Analytics, about his initial idea, his achievements, tips for young founders and the advantages of his adoptive home London.

Following on from your time as a CODE_n Finalist, what have been Soma Analytics’ greatest achievements? 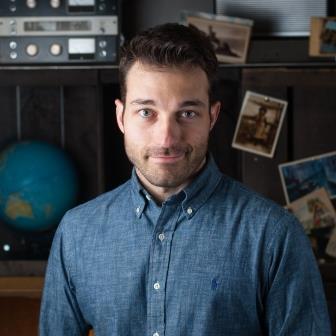 Johann: Believe it or not we met one of our first and biggest clients at the CODE_n booth at CeBIT. Now we are working together with them in three countries. Besides that we have just been named “Europe’s best mHealth Startup 2015” by the European Commission. We also collected more than one million Euros in external funding through grants and angel investment.

What lessons have you learned or failures you’ve experienced and how have you coped with them?

Johann: It’s been an extremely steep learning curve in the last one and a half years. The biggest learning is that a great product is not selling itself. You need to be as innovative in sales as you are in product development. When we started we didn’t have many reference cases so it took a lot of convincing to get the ball rolling and to build momentum. But it is not always a disadvantage to be a small company. Larger companies like innovation and the speed with which startups are moving forward… so whenever you meet someone there is a bit of curiosity and people are intrigued how life is in a startup.

What were your biggest takeaways from your time at CODE_n?

Johann: Of course the biggest amazement was that we won the selfie challenge with Ulrich Dietz, so I guess an awesome picture counts as our biggest takeaway! All jokes aside, through CODE_n we were able to meet some amazing thought leaders in big data and speak to very interesting companies. And as I mentioned above we met our first big client there.

What advice would you give to startups looking to enter CODE_n?

Johann: Be prepared to give your pitch at least 500 times – so take some sore throat medication with you to CeBIT. But seriously, you will pitch a lot so keep smiling and be energetic. Also get some gadgets to show people and attract attention to your stand. Through our stress measurement app we got a lot of attention and amazing press. It also helped to explore the halls around CODE_n. Last but not least I would definitely recommend sticking around for the evening events which are great fun.

What areas of IP do you see as opportunities for startups and what areas do some of them struggle with?

Johann: I wouldn’t necessarily call myself an expert in IP. We have a patent and it was a long and tedious process with a lot of learnings. There are some basics that you can cover for yourself but in the end if you want a submission to be successful I would always recommend to talk to lawyers. For startups patents are not really what keeps the competition away. It is more the speed of execution and decision making. Hence even though we have a patent we don’t rely at all on it as a means of competitive advantage. A patent doesn’t help if your product doesn’t work, no customer is buying or you can’t raise funding – but it’s a good start. 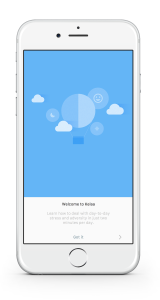 How did the product idea develop? Where did it come from? How did it grow?

Johann: The idea came from a friend who was diagnosed with depression due to work-related stress. We then looked at the detrimental effect that stress has on productivity and an organization in general. We – still being three students at that time – decided to set out on our “soma° adventure” and pack our bags and head to London.

What is the biggest advantage of being based in the UK?

Johann: As a B2B software company, London is, in my opinion, the best place in Europe to operate. Most of our customers – which are large multinational companies – have their headquarters here. This means that the network is much denser and it is much easier to build and keep relationships. Essentially all that’s needed for business development in London is a tube ticket! The UK also offers generous tax incentives for investors such as the Small Enterprise Investment Scheme which makes it much easier to raise funding in the early stages.

What is the biggest disadvantage and how could things be improved?

Johann: German and British mentalities are pretty different. In Germany we say things straight to the point, which you shouldn’t necessarily do in the UK. That’s something we had to learn. But by now we have adapted to the “Britishness”. For a startup however the biggest pain-point are the financial implications of living in London. Office space, travel and general cost of living is extremely expensive. Things could be improved by offering startups some more financial ‘leeway’ until they get their foot in the door. You just have to get used to the expensive way of life, but I have the feeling that the increased amount of opportunity, access to finance and being close to the “buzz” pays off many times over.

Would you consider being based outside Central London? Depending on your answer, why/why not?

Johann: As a startup you are always trying to hire the smartest people you can possibly find. Being based in London has many advantages for employees. Hence I personally think that London is where we need to be, regardless of the price or the weather!

What is the ideal team make-up for a startup? How many people and what roles?

Johann: I am a big believer in the “hacker, hipster, hustler” setup for a technology startup. The hacker is the guy who builds stuff. The hipster is the designer who makes sure things not only look beautifully but also work beautifully. The hustler is the guy who sells the product and keeps the ball rolling. I doubt that any one person incorporates all of those traits. Running a startup is a roller coaster so it is really good to have a slot team of two or three to motivate one another.

Thanks for the interview, Johann – it was good catching up!

This article was reblogged under:  The healthtech revolution is gaining ground! But how are entrepreneurs protecting their own health? | CODE_n Blog