Brian Moffat: "It’s possible to transform the world we know" 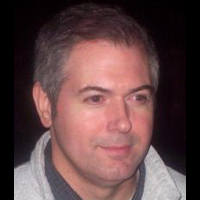 Brian Moffat is one of the CODE_n13 finalists and the founder of Spindrift Energy, a device that produces energy from the motion of waves. Brian has been joined by a team of professionals who share his conviction that the Spindrift Energy device will deliver truly affordable renewable power to the world. Before founding Spindrift, Brian Moffat worked for Disney Imagineering and Google; Google is currently patenting one of Brian’s inventions. He received three undergraduate degrees from the University of California at Irvine, in the fields of computer science, chemistry and biology.

JB: What was the idea behind Spindrift Energy?

BM: After studying existing alternative energy technologies, I realized that many were quite limited in one way or another. The most popular—wind and solar—are intermittent and somewhat unpredictable. And very few are cheap enough to compete with fossil-fuel alternatives without generous government subsidies. The energy in the waves traveling across the deepest parts of the sea seemed to be the optimal target for energy extraction for several reasons. Being far from shore, such deep-sea wave-energy devices would not conflict with the recreational, commercial and aesthetic needs of coastal communities. So I set out to invent a cheap and simple renewable energy technology that could operate in the deep sea for 20 or 30 years with little, if any, maintenance.

JB: When it comes to renewable energies, many people immediately think of solar power. What are the advantages of ocean-wave technology?

BM: Ocean-wave energy is stable and predictable. The wave environment at any particular location tends to change very slowly over long periods of time. And it is usually possible to accurately predict the amount of wave energy that will be available at a particular location 24, and even 48, hours in advance – making it possible for coastal utilities to confidently plan their energy budgets and to rely on scheduled ocean-wave energy contribution. Furthermore, ocean-wave technologies, especially those that operate far from shore, don’t displace people from land that could otherwise be used for homes or parks.

JB: Before founding Spindrift, you worked for Google and Disney Engineering. How has that experience influenced your current company?

BM: Disney Imagineering showed me that it’s possible to transform the world we know into one that appears to defy all limitation when rock-solid engineering is combined with a fearless imagination. And Google showed me that the right combination of “imaginative courage” and common sense is required to turn a great idea into a great product or service.

JB: Which countries do you think are most attractive for your product, and why?

BM: At the moment, I believe that Japan is the most attractive venue for an initial deployment. Without the power originally supplied by its extensive network of nuclear reactors, Japan will need new sources of baseload energy. And the waves that characterize Japan’s eastern coastal seas are excellent energy resources.

JB: How are you getting prepared to present at CeBIT?

BM: I’d like to say that I’m learning to speak German, but that might be too ambitious! I believe that I’m ready to explain our technology, our goals, and to answer anyone’s questions. I’m looking forward to it!

Editor’s Note: We’ll be featuring some of our finalists on the blog in the weeks leading up to CeBIT, but their participation has no bearing on the contest results.