"We also read a lot of clever startup books – and yet we had to gain the experience ourselves." Co-founders of aucobo 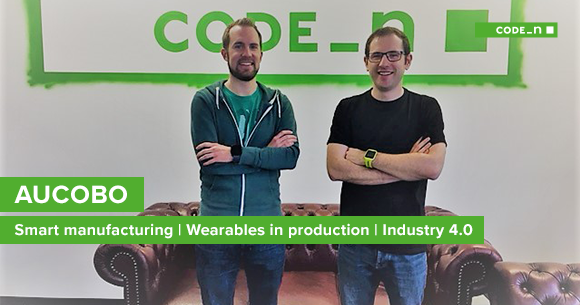 They knew for a long time that they both wanted to found a company. After many ideas, Michael Reutter and Benjamin Schaich discovered their shared vision to improve industrial processes by means of smart networking of production facilities – and aucobo was born! The founders are deeply rooted in the Baden-Württemberg region. With their background in mechanical engineering and commercial information technology as well as their fascination for the Internet of Things and Industry 4.0, they use their skills and passion to improve industrial processes. The company was founded in 2016. At almost the same time the team moved into the CODE_n SPACES innovation hub – since then we have been able to witness the development of the startup up close! The business idea has since developed rapidly and with it the founders.

Get to know the founding duo of Benjamin Schaich and Michael Reutter better in the short pitch video and learn about the added value of the aucobo smartwatch in production.

In the Soundcloud interview, they talk to us about digitization in the industry and how they came to progress from the general optimization of industrial processes to the aucobo smartwatch. They also reveal what they personally have learned about startups.