What do YouTube, Tumblr, Airbnb and Flickr all have in common? Each of these companies was founded by a designer.

„How do I get all of my favorite cookbooks into the nice, compact form of an iPad?“ This question inspired John Grøtting to found his own business. Caramelized is a smart cookbook for the iPad – amazingly compact and with intuitive kitchen aids integrated. 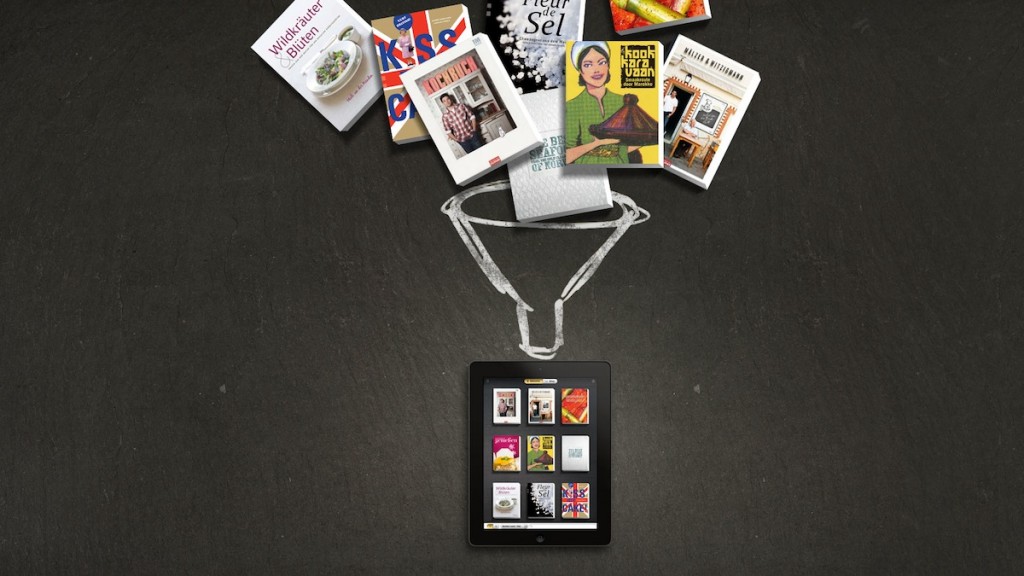 On Monday Caramelized, also a CODE_n12 finalist, published the news that they received a crowdfunding round on seedmatch. We were wondering about the story behind and how is the team handling the startup pressure? Caramelized CEO John was so kind to write a guest blog about his experience in this biz. 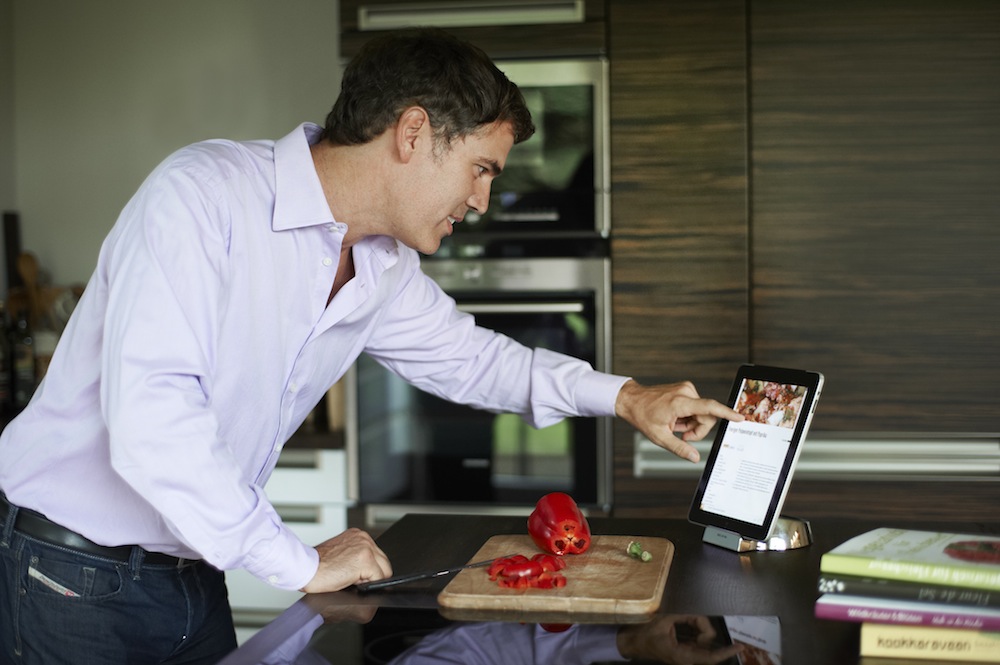 Have you ever bought a product and found yourself compelled to tell a friend about it? That company has definitely put lots of work into creating a product that has qualities that have motivated you to do advertising for them. And you gave them money for that. The better your product can excite your customer, the less you have to invest in advertising. Furthermore, the less you can spend on development, the more you need to invest in design.

Obviously, none of these companies would have worked without engineers, too. But, too often highly innovative technology teams struggle to find a problem for their solution.

What does great design bring to a startup?

I love the excitement of being in a startup. But, it is easy to drift off into a sense that you can conquer the world. That confidence that helped you take the risk of creating a startup tends to do that to you. But, if you have goals centered around consumer needs, then it becomes much easier to set priorities and to discuss them objectively.

In our team, we locked in on the notion that how we cook hasn’t innovated at the same pace that consumer electronics and computing has. So, our mission became to perfect the way that we cook. This is obviously a very lofty goal, which we very much intend on fulfilling. But, how could we avoid spending 10 years in development before releasing a product?

I am a firm believer in creating big, hairy, audacious goals and then executing it tons of tiny steps. At each step, reevaluate the goals and adjust. Iterate frequently. This will also require rapid prototyping skills. When I say rapid, I mean within one hour. Most functionality can be prototyped and tested within one hour. We do tons of sketching on paper, creating storyboards in meetings. This is a great means of brainstorming. I can sketch out the flow through 5 to 6 steps of interaction in our interface within a couple of minutes. Then the team loves it, hates it or gives great ideas on how to improve it.

Reflection is a must for each feature!

Force everyone to fight for any new features. This will do three things. Firstly, it will prevent feature-bloat, which will create delays in delivering your product, which is already way beyond its completion date. It will make everyone deeply analyze each feature, making any features that come through the process much better. And, it helps you avoid having to remove that feature later, when you realize how unnecessary it was. It is so much easier to add a feature than to remove one. If you remove a feature, there will be those two or three customers who loved that feature and are being really noisy about its removal. You have enough well deserved stress. Don’t put that on your shoulders, too.

Your very first product doesn’t need to be feature rich. You want to create an MVP (“Minimum Viable Product”). Spend time defining what are the absolute fewest features that you could possible include in your product at launch. This is your MVP. You will probably have to do this two or three times. Each time reduce further. Resist the temptation to add. I know how hard it is. There is that big juicy feature that probably only adds a couple days to your effort, but will make it so much more yummy. Don’t. You want to get something out there and then gather feedback. With that feedback you can much more accurately prioritize your next steps.

Get Feedback from end-users

As part of this iterative process get as much feedback from your end-users as you can. We have a very thankful product and it was easy to get feedback. On Facebook I asked our 100+ fans if anyone wanted to join us in our test kitchen. I quickly got volunteers. I met a few people for lunch and showed them our app (sidenote: our app is a new platform for digital cookbooks. Think: iTunes for cooking) and asked them to pick out two recipes that they would like to cook. No instructions. That helped us to learn more about how people thought the app should be used. Then we set up an appointment where they would visit us and cook with our app. We brought the groceries. On the arranged date they came to our house. Again, no instructions. We were merely observers.

For my partners and I, this approach helped us be very objective about our pre-release product. We talked about how people used it, what their questions were and what seemed to be missing. It very much guided our priorities. From initial idea to product launch we took 24 months. The first 6 months I iterated on paper and built prototypes using PowerPoint. I was still working at another company, so my working time was usually 10pm to 1am. It was sufficient to get positive feedback from industry experts and to convince two amazingly talented friends to start a company with me. Then, my partner Jörn built a quick prototype on the iPad, so that we could see what it would look like on the device with real interaction. That was huge. Suddenly, it all seemed so real. For each feature that we wanted to add, I did lots of storyboards and designed the interface in Photoshop, once we settled on the interaction flow. This meant that Jörn was only adding features that had been iterated upon before programming. That saved so much time. I could do hundreds of variations in the time that it would take to program one variation.

As we built, we tested with users. Then at a certain point, we scrapped our code and started over. This iterative process is great for growing feature by feature. But, it will lead to a product that can’t be cleanly programmed. So, with this very robust “prototype”, Jörn re-architected the whole app. He knew what computing processes were slow and how we would want to scale the app. In a few weeks, we had a totally new code base. It looked exactly the same, but it was really zippy. Everything seemed to react better and it was much more stable. For Jörn, it was also easier to add new functionality.

Don’t underestimate the look and feel

The iterative process also gave me time to work out lots of little visual details that would make the overall app much more attractive. Don’t underestimate the affect of good visual design on sales. If your customers find your product attractive, then they will not only be more likely to purchase, but they will also be more likely to recommend it to others. This multiplies your customers very quickly. It taps into peoples’ emotional responses, rather than their purely rational responses.

If you have a designer on your team, they will be the advocate for the consumer, bringing in insights about their needs. This will lead to a product that will have the right features, rather than having lots of features. You can build tons of loyal fans with just one single feature that is amazingly executed. Focus. Get your customers excited. These same principals work for funding. We have decided to use the crowd funding platform Seedmatch, because we believe it is particularly well suited to a consumer-orientated product like ours.