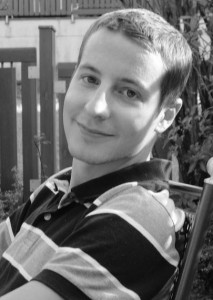 Thomas Ohr is the founder and editor of EU-Startups, an online magazine covering European startups. He started the project in 2010 due to his passion for startups and his excitement for Europe’s future. Since EU-Startups is still a hobby, he works in the marketing department of a German media company. Thomas Ohr works and lives in Freiburg, Germany.

Janina Benz: What is EU-Startups, and what inspired you to start it?

Thomas Ohr: EU-Startups is an online magazine covering Internet and mobile startups out of the European Union and the European continent. Aside from our focus on young companies, we also profile established firms or publish other news out of the tech space that has a commercial or cultural impact on European startups. Our vision is to connect the European startup scene and to encourage entrepreneurship within Europe.

JB: Over the last few years, how have people’s ambitions changed in regards to founding a business?

TO: More and more European entrepreneurs have realized the opportunity to create products not just for their home market, but for international markets. This is an important step which will lead to us soon seeing more and more European startups that succeed on a global scale.

JB: What unique strengths does the European market have, and how can startups benefit from them?

TO: To be honest, there is no real “European market” yet. Companies that operate in many different European countries still have to deal with many different languages, laws, and currencies. But it’s slowly getting better. There are also very few benefits for entrepreneurs building their startup in Europe unless they’re in hubs like London, Paris or Berlin. One benefit of building a startup in Europe, though, is that we (Europeans) know our markets better than American or Asian competitors. And since many American startups tend to expand to Europe very late, this gives European companies a head start.

JB: Which European country do you consider the “rising star” of the startup scene?

TO: That’s a tough question. Since I don’t see THE “rising star” out there, I would argue that the startup scenes in Spain, Lithuania, and Estonia have greatly developed over the past years and are quite active now. For anyone interested, you can find a list of the  15 biggest startup cities in Europe here.

JB: How important is it for startups to provide their homepage in English?

TO: It’s pretty important when your company is targeting an international audience or customer base. But if you’re a Polish startup selling tea online and you’re only selling to customers in Poland, there’s no need for an English homepage.

JB: What do you expect to be the leading startup trends for 2013?

TO: Mobile payment and B2B mobile apps. Some people say that last year’s trends were social, local, and mobile, but I think this area is a little bit overhyped—hopefully we’re going to see less “social-media/networking-things“ in 2013.