STEP NYC: "American investors love founders that have failed in the past"

Up to five times a year, the German-American Chamber of Commerce in New York offers German startups the opportunity to gather valuable practical experience in the US. During the 5-day STEP Program, the participants meet business angels and venture capital investors in New York. Andrea Diewald, Director Innovation & Startup Relations, knows the location like the back of her hand: we spoke to her about the North American market, the differences in mindsets and the key essentials for startups.

What makes the US market so interesting for German startups?

Andrea: The American market is the largest single market in the world. There are 320 million Americans across 50 federal states, which is a huge area of land. The country is characterized by a society that is fundamentally willing to invest: Americans like having things, they follow new trends and their buying power and mindsets constantly push the technology-driven market forward. There are of course a few hotspots on the East and West coasts, as well as a few cities in the middle, such as Chicago, where the willingness to invest is particularly strong. 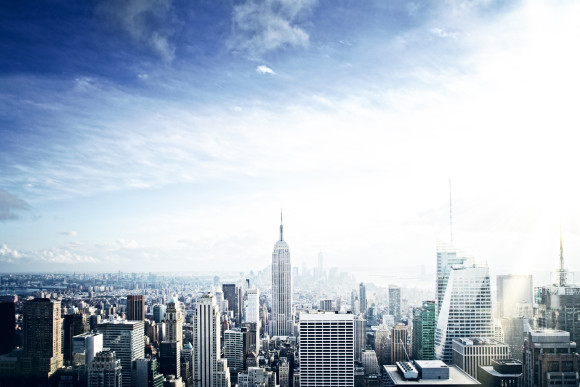 So alongside Silicon Valley, do these hotspots also include New York City?

Andrea: Yes. When it comes to startups, New York is increasingly on the ascent, since Silicon Valley has now become something of a challenge. The investors there are extremely spoilt, and won’t even speak to everyone anymore. You need first-class introductions and a superb business model to even get an audience there. The cost of good staff is also enormous, and startups have to compete there with the very big firms. In New York, the situation is different – for now – and the conditions are much better as the city is home to a wide range of industries, including fashion, the media, and the insurance sector. There are also the two major industries of IT and FinTech, but consumer goods and service sector startups have plenty of opportunities here too. On top of all that, the New York area is home to as many as 20 million people, and the city has incredible economic potential.

When did your startup program in New York City launch?

Andrea: As a chamber of commerce, we have had a presence in New York for over 60 years, however our program only came into being at the end of last year and has already been held successfully three times. There have been various deals, and a total of seven startups that we’ve networked are about to participate in a Series A investment. We’re particularly proud of one FinTech startup that has programmed software to keep lawyers’ costs under control. We formed this startup via our network with the New York Times, which also showed an interest due to its many legal conflicts and lawyers. The contract was concluded just recently. It’s a great example of how New York is able to connect different industries.

New York is also a lot easier to reach more quickly than the West Coast.

Andrea: And another important point for German companies is that New York’s time zone is just six hours behind Germany. If you’re doing business in Silicon Valley, you’re nine hours behind, and that can be a challenge. What’s more, in New York, you can travel everywhere with the subway. In Silicon Valley, if you don’t have a rental car, you can’t go anywhere. What’s key for us is that we also have a field office in San Francisco. In other words, we can cover both the East and the West coasts, we’re located just outside Silicon Valley and therefore we have the best of both worlds. Our head office, however, is in New York – and that’s where we do business.

What exactly awaits startups if they come to New York with you?

Andrea: Our program is made up of three components:

We use our huge network for these components as well as our many years of experience and therefore we always organize individual appointments that are tailored to the startups’ needs. We know who the right contact is, how the US customer thinks, and what traps lurk in US tax returns. For us, it’s not about headlines and appointments with big-name people, but rather it’s about the startups themselves: we open up a well-established network for them and provide access to the chamber of commerce’s channels to various industries.

You said it yourself: the startup scene is booming not just in New York, but all over the country. Why is that?

Andrea: The culture of failure is completely different in the USA. In fact, American investors love it if, standing in front of them, is a founder who has already failed once, maybe even twice. That’s because they know these people have gained a certain degree of relevant experience and learned from it. Failure is regarded more positively there than in Germany and not seen so much as a flaw, but rather as a quality characteristic. In Germany, it’s difficult in such cases to achieve a follow-on investment of a decent size following a seed investment. Venture capital, investing in uncertain or young companies, doesn’t sit so well with the German mindset. We prefer the safe bet. In other words, we ask: “Why should I?” Americans ask: “Why not?”

In some German cities, however, a startup culture is beginning to evolve. What’s your view of Stuttgart?

Andrea: I’m a fan of Stuttgart. There are a few fantastic startups and networking concepts such as CODE_n too: this is an excellent example of what can be achieved if you have a good idea and the means to support it. We’re an economically strong region, so there must be more of this to come. The security aspect will also presumably have a role to play here. Why, as a university graduate, should I found a startup when I’ve got Bosch, Daimler and Porsche right on my doorstep? At the same time, we don’t like to boast. We know what we’ve got – so why talk about it? Munich has a different attitude to that, as do Berlin and Cologne. And so the glamor of our location is automatically lost. But I’m convinced that we’ve got tremendous potential here. That’s why we also deliberately chose Stuttgart for the chamber’s field office.

So just to revisit your program: the deadline for applications for the next trip is already past, right?

Andrea: The next trip is being held from 09.27. – 10.02.2015. There are still 3 places left. We’ll carry on recruiting and signing firms up right up until just before the trip. We’re very flexible, and we’re not a rigid organization. If anyone else wants to get on board, we’ll find a solution. What matters are the desire to succeed and a few other criteria: our startups must already have received a seed investment and be on the search for a Series A investment in Manhattan. Their backgrounds are IT or technology, however we also do a lot of work with media startups. They must also have a scalable business model and a clear international focus, ideally with a short or medium-term interest in developing the US market. Once they have gone through our program, companies will also know whether the US market is what they want, and can then go to our “big brother” German Accelerator, which you introduced recently. Our 5-day STEP Program provides startups with their first major market feedback. 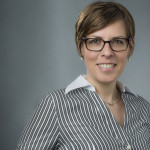