The current round of the CODE_n CONTEST is running under the motto: ‘Into the Internet of Things’. This leitmotiv for the startup competition spans four categories: Digital Life, Future Mobility, Industry 4.0 and Smart City. In this article, we explore our take on the latter.

A success model inherited from history
Cities have lured people with their magnetic appeal for centuries – promising work, better living standards and social mobility. Cities are simply brimming with temptation so people flock to them by the millions, by the billions. This is also because cities deliver on their promise – not for all, but for many. Yet on the other side of the coin, the way in which cities fling so many people together into confined spaces varies greatly from city to city. In the mega-metropolises of the Second and Third World, big cities seem to be held back by hopeless energy shortages, infrastructures bursting at the seams, shocking environmental conditions, social conflict, anonymity, crime, and more…

Smart cities solve problems with the IoT
But let’s focus on the brighter side of the equation: cities are more than capable of coping with problems, and even finding solutions for them. It’s an intrinsic part of their recipe of success. In our times, this means cities will get smart, and smarten up. Smart cities – galvanised by a clever world of opportunity through the World Wide Web.
A smart city has the wits to spot hitches and their causes – with sensors and big data
A smart city wants connections – through the Internet of Things
A smart city enjoys digital coordination – through e-gov solutions and startups

Well these things happen for the most part in theory. Although we’re now seeing more and more examples of them also happening in practice – examples of modern cities not only digitalising their services, infrastructures and organisations, but also getting smarter in a physical sense. Let’s look at just three examples of this.

Serbia: Buses acting as mobile sensors
Two Serbian cities – the capital Belgrade and a city called Pancevo – have fitted buses used for local transport with special modules that continuously monitor five parameters. Apart from the outdoor temperature and atmospheric humidity, the sensors measure the proportions of pollutants in the air: carbon monoxide, carbon dioxide and nitrogen dioxide. Data is also combined with readings from a GPS receiver. A transmitter and a special app allow passengers to determine the current position of their bus. The aim of gathering the data is not just to improve the coordination of local transport and enhance the travel experience of passengers, but also for the first time to investigate precisely where and when air pollution arises. This makes it easier to prioritise which issues to address first. Naturally, the real-time information provided by the system also boosts the image of local transport, which has a knock-on effect on travel frequency, thus taking smog-producing cars off the roads… 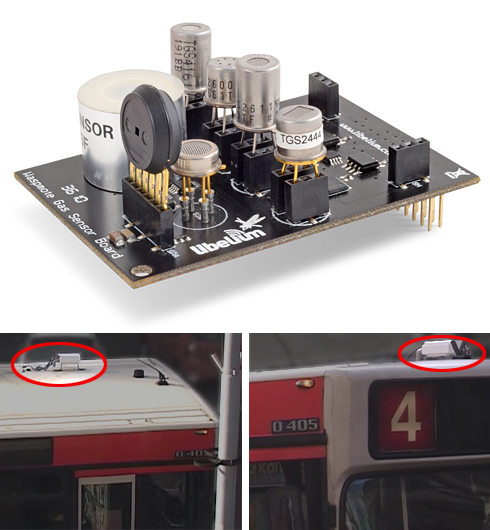 Santander: a city that proactively tackles issues
Santander, on the northern coast of Spain (), has come up with a smart app to improve communication between the community and local government. It does this by allowing citizens to inform the authorities about problems with the local infrastructure via messages and images. The location and timestamp of each smartphone image is used for analysis. And the locals are certainly making use of the new app, complaining about illegal dumping, unprotected, apparently abandoned building sites and unruly vegetation. Another idea for using the app is to keep people informed about the latest developments: traffic, local transport disruptions, etc. This improves the efficiency of local government, as officials are not just seeing for themselves what is happening in public areas, they can also focus on working through the list of notifications. This also improves public engagement, which – in keeping with the broken windows theory – reduces vandalism and fly-tipping. So it’s a win-win situation. 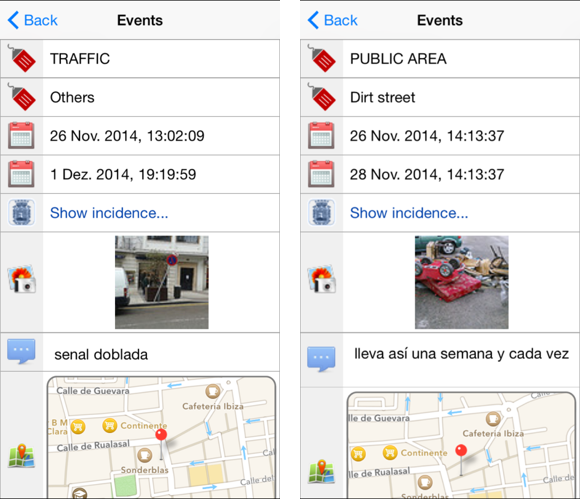 United States: WiFi-connected waste
Enevo has released a video showcasing a web-based solution for local authorities to coordinate their refuse collection services more efficiently (http://www.enevo.com). Sensors measure waste levels in public dustbins and transmit the data to head office. The information provided by the system improves the routes run by refuse collectors: rather than always driving the same fixed circuits, now they only drive where they need to. Another useful benefit is that overfilled dustbins and, with it, unsightly pollution in public places should become a thing of the past.

Plenty of space for startups
These examples are just three of the many, many new solutions that have been thought up in recent years as people experiment with new models. Until now, it’s mostly been the local authorities that have been taking the initiative. So there’s still plenty of space for startups to help make cities become smarter – another reason why we’re excited to see the startup ideas that have applied for CODE_n15. Naturally, we’ll keep you posted…