Professor Doctor Günter Faltin: "Work on your concept until you are completely convinced" 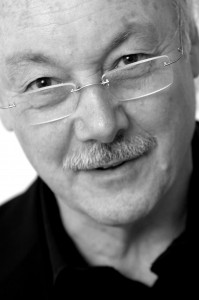 As the head of the Department of Entrepreneurship at Freie Universität Berlin, Professor Dr. Günter Faltin is regarded as one of the top German experts in the field of Entrepreneurship. Prof. Faltin initiated the Berlin-based “Entrepreneurship Lab” and has been a business angel for many successful startups. He himself is the founder of  Projektwerkstatt GmbH and initiator of the successful Teekampagne (Tea Campaign).

Janina Benz: What led you to entrepreneurship and teaching?

Günter Faltin:Back in my school days I enjoyed reading about Henry Ford, Andrew Carnegie, and Joseph Schumpeter; it was obvious that I would study economics. But to my amazement, the subject that had seemed to me so interesting and compelling turned out to be dry and boring at the university. The fascinating figure of the entrepreneur that I had gotten to know with Schumpeter had been replaced by the principles of profit maximization, mathematics, and abstract models. When a few years later I received an invitation to teach at a university, I swore I would teach economics differently. And how could one do this better than by founding a company as an example?

JB:What does entrepreneurship mean to you?

GF: Creating a company from a concept restores the marketplace as a competition of ideas. It is useful to society because it draws attention to itself through good and reasonably priced products. It doesn’t increase inequities, but can lead to a more equitable distribution of income and wealth through broader participation in entrepreneurial activity.

JB:Are there any major differences between how it is perceived in different countries?

GF: One main difference we find in comparison to the English-speaking world is that research there distinguishes between the tasks of the entrepreneur and those of managers. This differentiation is absolutely necessary because the demands on entrepreneurs and on managers are so different: whereas entrepreneurship is a creative activity, business administration requires the ability to organize, to control, and to manage.

JB: Do you believe entrepreneurs are born or made?

GF: Many people may think they are not suited for entrepreneurship because they can’t get excited about the world of money. They are of the opinion that they weren’t born to be a startup entrepreneur because they’re not pushy enough and lack the drive. This is not true. It’s the idea that makes the difference! In psychologist Peter Goebel’s study Successful Young Entrepreneurs [Erfolgreiche Jungunternehmer], he surveyed 50 founders of companies and discovered that they  had only one trait in common: they brought an idea to fruition by persistently addressing the problem with a persistence that would appear to a “normal” person to be almost bizarre.

JB: What are the most important skills your students must learn?

GF: Rediscover your childlike curiosity and don’t allow yourself to be overly impressed by conventional notions, even and especially in the field of economics. If you’re able to do this, then you’ll have a good chance of replacing boredom and busyness with something better. Keep working on your concept as long as necessary, until you yourself are completely convinced by it. Three steps are important:

This last step makes you almost independent of capital. Think of it as a form of “experimental entrepreneurship” that challenges the common beliefs of how to establish a company by presenting practical alternatives.