Schlossslichtspiele Karlsruhe is a must for every CODE_n festival visitor. Trust us.

Whether it be a Gothic cathedral or an Egyptian temple – the Karlsruhe castle shows many facets at this year’s Schlosslichtspiele. Apparently. Because on the 17-meter-high and 170-meter-wide castle façade projections in enormous compositions are shown. Since the beginning of August, the second edition of the Schlosslichtspiele Karlsruhe has been thrilling its visitors every evening – more than 200,000 people already visited the event during its first half. For the CODE_n new.New Festival the Schlosslichtspiele are now going into extra time to give the guests of the festival the opportunity to experience the impressive interplay between the baroque façade of the Karlsruhe castle and the most up to date IT media art. In addition, the closing event of the CODE_n new.New Festival will also take place at the castle square. 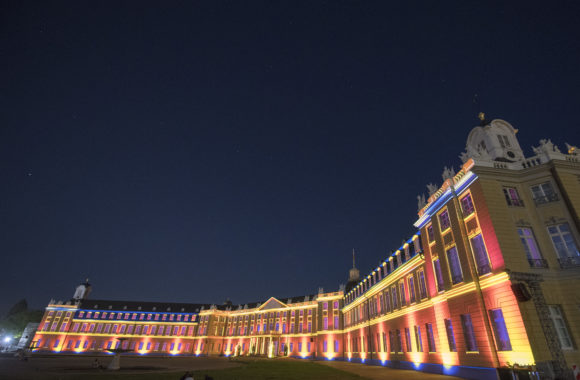 A total of 24 projectors with 20,000 ANSI-lumen each – always three on top of each other – are in use in order to shine the right light on the castle façade. Precisely aligned, so that every edge of the façade is in the exact right place, the projectors are placed in eight cabins that are air-conditioned day and night. That way they ensure the perfect illusion on 10,800 x 1,080 pixels. Besides projections from the past year, five new shows have been created for 2016 that we would like to introduce here quickly.

The light art of Maxin10sity creates a powerful atmosphere. In 2015, the Hungarian artists already delighted the audience of the Schlosslichtspiele Karlsruhe, and their current work “LEGACY” is also impressive. The projection is mainly kept in the colors yellow and gold and shows quick animations of bars, lines and dots that appear to be golden rain and intertwine with each other. In the middle of the projection and the castle façade one can recognize a gate with pillars that resembles ancient Greece introducing a review of the history of cultures, from ancient times up until the present. The artworks that are normally located behind the walls of the Badisches Landesmuseum are now projected onto them.

During the projection “Parade for the 100th Birthday of the Avant-Garde” by DSG animation + VFX iconic works of the avant-garde from painting, photography and film move across the Karlsruhe castle façade. The festive parade begins with the Saint Petersburg kings from 1913 and ends with the models of André Courrèges and Paco Rabanne in Paris in 1967. Political and artistic revolutions and innovations of the 20th century rush across the castle façade.
The work of the design studio Hauslaib Lichtwelten, on the other hand, is fully dedicated to the medium paper. The projection “PAPERLIFE” by Hauslaib Lichtwelten creates the Karlsruhe castle from paper. The paper develops a kind of personality and the audience can follow what the material seems to “remember” on its own. Optical effects such as shading create an impressive depth in the projection and let the façade of the castle seem real at times and then “folded” at other times through the texture of the paper.

The work “palace staged” of the artist Alexander Stublić deals with changing times, with pictures of figures and meaningful events in world history. The middle of the castle façade is also the center of the projection. Architectural elements of the castle turn around this center and provide views on historical events from time to time. These narrative elements disappear again after a few moments when the turning movement continues.

The artwork “Transkutan” by Xenorama shows sometimes calm, sometimes fast shapes that bump into or unite with each other. The merging movement is expressed in the title of the projection: “transkutan” is a medical term that describes the transfer of a substance through or via the skin. The shapes, dots and objects dissolve to electronic tunes. Underwater worlds and marine plants turn into liquid images of steam, smoke and wafts of mist until they finally reach the physical solid state of the familiar castle façade. 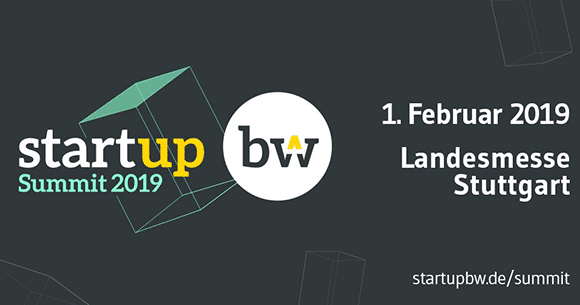 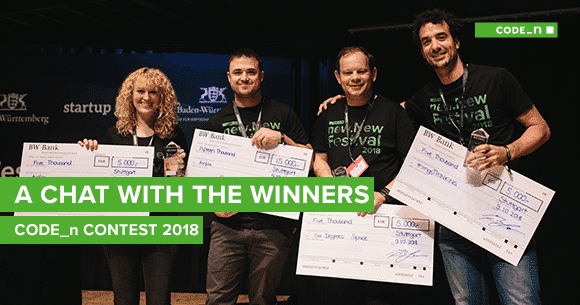