Guest feature | Digitalization: 11 reasons why Karlsruhe is ready for the future

Digital solutions are finding their way into all areas of life and work. With this digital transition, we are seeing disruptive technologies present the old economy with staggering challenges. Entire industries are being forced to redefine themselves from one day to the next – and traditional business strongholds are following suit. Christian Birnesser from our CODE_n new.New Festival partner Cyberforum has summed things up for us in a feature called 11 reasons why Karlsruhe is ready for the digital transition. And what kinds of things the city should focus on despite – or maybe because of – its terrific starting point:

The “fan-shaped city” already got a head start in the race to introduce digital solutions. As a bastion of Germany’s IT industry, Karlsruhe is inherently digital: The region is home to roughly 4,200 IT companies providing 36,000 jobs. A 2014 EU study of the most important ICT hubs on the continent listed Karlsruhe as a frontrunner thanks to its strong foundation of small and medium-sized enterprises (SMEs) – right behind metropolises like Munich, London, and Paris.

Where other locations have to start at square one, Karlsruhe already has a great footing. Now it’s important to keep up the momentum and not give out just before the finish line.

2. A new IT generation is up and coming

Karlsruhe is a college town with 43,250 students at 9 universities and schools of applied sciences. Nearly 20% of these students are enrolled in IT-related programs. The renowned faculties at the Karlsruhe Institute of Technology (KIT) and Karlsruhe University of Applied Sciences (HsKA) attract talented students from all across the country. IT and informatics have never before been in such high demand: In the winter semester of 2015/2016, there were 730 first-year students enrolled in informatics courses, just at KIT alone. That’s more than were registered back in 2012/2013, when double the number of high school graduates headed off to college. So this is know-how that has come to be very important in the age of digitalization.

It might sound like a broken record but: Today’s students are the specialists and managers of tomorrow. If they can be attracted to stay put and not move away, that’s great for the local economy – for the long term.

The fan-shaped city has cultivated a very attractive startup scene. There’s a good level of exchange and people meet up regularly at events like the founders’ BBQ. The support that’s on offer is also exemplary: The Center for Interdisciplinary Entrepreneurship (CIE) is an ideal first port of call for business founders. It’s located directly on the KIT campus. With its CyberLab, the CyberForum runs its own incubator or accelerator especially for IT and high-tech startups. And both the city and the Chamber of Industry and Commerce (IHK) are in a great position to offer consulting services. Beyond this, all key stakeholders have become involved in the network of founders in Karlsruhe.

SMEs are the backbone of the economy. And business founders are the next generation of business execs. That’s why the entrepreneurship banner must be held high, even when the current startup hype starts to wane a bit.

Karlsruhe is amazingly active when it comes to innovation. It’s home to no less than 26 research institutions including three Fraunhofer institutes, the Research Center for Informatics, and the Smart Data Innovation Lab. All of these facilities work on topics that are crucial to the future, things like Industry 4.0 (smart/connected manufacturing), energy, mobility, IT security, and big data. And companies like Blue Yonder and ArtiMinds Robotics also show how research results can be translated into market-ready products.

For the digital transition to be a success, research and industry have to better coordinate how technology is shared and transferred into business. The Digital Innovation Center Baden-Württemberg, which is actually based in Karlsruhe, can significantly contribute to this in the future.

5. Ready for the fourth industrial revolution

Companies based in Karlsruhe are well-prepared for the age of the fourth industrial revolution. This was concluded by a study on future industry called Zukunftsindex 2030, published by Wirtschaftswoche, one of Germany’s weekly business news magazines. Thanks to the incredible concentration of companies from fields like big data, smart services, or cloud computing, Karlsruhe comes third in the individual ranking for Industry 4.0 (smart manufacturing). The city placed seventh in the overall rankings of all 60 German megacities.

One thing that stands out in this study: The cities that ranked high in the “future index” were primarily locations with first-rate educational institutions, research facilities, and attractive employers – a clear signal for the future.

6. Great networks – even after hours

The digital scene in Karlsruhe is perfectly networked. Business clusters, networks, and platforms for exchange abound: fokus.energie, K3, KA-IT-Si, MEKA, VKSI, and of course also my employer, the CyberForum. There are regular talks and networking events on offer: digiTALK, nmkfka, InfoMarkt, #ecommka, WordPress Meetup, Java User Group – plus big trade shows and conventions like the Anti-Prism-Party, Learntec, or the Karlsruhe Entwicklertag (development day).

For a mid-sized city, Karlsruhe offers a lot of specialist and networking events: And with CODE_n’s new.New Festival in September, a real heavyweight will be coming to town. 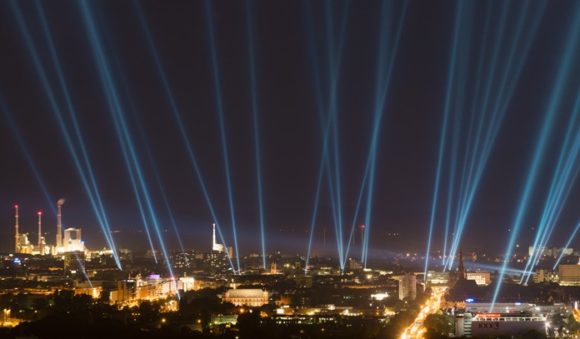 7. Creativity and its function in fuelling growth

Creativity and an understanding of how cities work are important factors for economic prosperity. Things are promising for Karlsruhe, because its creative industries are incredibly strong: 9.9 out of every 100 employees (definition: in jobs contributing to the social security system) work in creative services areas. That ranks it fifth in the national average. The Alter Schlachthof “creativity park” was set up in recent years and it now serves as a picture perfect example of this. The founders’ center Perfekt Futur sticks out as a particular success story.

A lot is already being done right now for the creative industry. And this will continue in the future: A new business expansion center is being established in the Alter Schlachthof creativity park, which is set to open its doors in 2018.

This city is growing. Not disproportionally, so it’s not risky growth, but rather constant and sustainable. The city’s first place in the rankings for Germany’s most sustainable city proves this. Karlsruhe won thanks to its sustainable approach to growth, with factors like its pioneering intermodal transportation concept, impressive measures for land recycling, and projects like its SmarterCity initiative.

Information and Communication Technology (ICT) plays a decisive role in the city of the future. It is the key to improving quality of life and economic competitiveness. Urban development plans must take this into account – like the official project for the city of the future, Projekt Zukunftsstadt.

At first glance it seems absurd to make an argument for “easy travel,” especially given all the construction sites in and around Karlsruhe. The city is currently the third most traffic-ridden in the country and people unfortunately waste 64 hours per year just trying to get around. Yet Karlsruhe is the leader nationwide when it comes to car sharing with 2.15 “shared” vehicles for every 10,000 inhabitants. And Karlsruhe can also be proud of itself when it comes to bicycle friendliness: It’s ranked 2nd behind Münster in the north.

The closer we come to constructing an integrated solution for the city, the more clearly we can see that the future intermodal transportation concept will keep the city moving – in the most literal sense.

10. Digital pioneers and the avant-garde of media technology

How we listen to music, watch movies, read books, enjoy cultural assets: digitalization affects all aspects of our lives – not just at the economic level, but also in society and culture. With the Center for Art and Media (ZKM), Karlsruhe is home to an institution that examines these effects of digitalization and then showcases them in events and exhibitions – exhibitions like the Globale, which focused on digital change in an age of globalization and was initiated as part of the city’s 300th birthday celebrations, running for exactly 300 days.

It pays to think consciously about the impact digitalization has on culture and society, because one thing’s for sure: Industry and the economy can be all set for digital change – but society must also cope with it.

A city can only grow if its economy can offer enough jobs to match. If it does, people will also want to live there. And Karlsruhe is certainly a great place to live – plenty of culture, lots of sunshine, and a high standard of living all speak for themselves. Another perk is the geographic location of the fan-shaped city. Karlsruhe is surrounded by four old cultural heritage regions, all of which are great for day trips: the Black Forest, the Palatinate region, the hills of the Kraichgau, and Alsace.

The city and economy are facing great challenges: To make sure it stays an attractive hot spot, it is important to provide new housing areas, foster integration, and shoulder the effects of digital technology.

Karlsruhe will be the city in which our CODE_n new.New Festival is going to take place this summer. For more information visit: www.newnewfestival.com .

Christian has been working for CyberForum since 2011 as Head of Communications & Marketing. Prior to that he studied Art- and Media Science at KIT - the Karlsruhe Institute of Technology.

This article was reblogged under:  Karlsruhe – here is where the tech startups are | CODE_n Blog 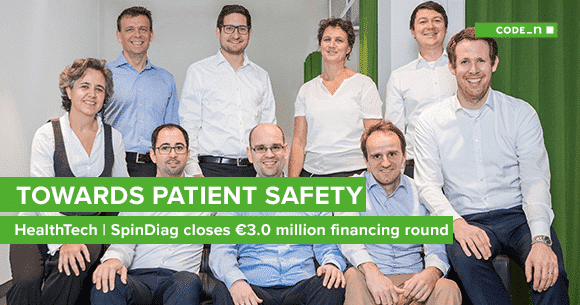