Greg Anderson (ArcticStartup): "Americans will tell you immediately how they’re the best in the world, but Scandinavians are brought up more humbly."

Greg Anderson is a writer at ArcticStartup, one of the biggest startup blogs for Northern Europe. We are very excited to get an insight perspective about the startup biz in the north. Greg is also a Master Student at the University of Oulu where he studies Finance and Economics. He is interested in the financing side of startups, and has worked with equity-crowdfunding at Venture Bonsai. Coming from the United States, he received his Bachelor’s in Economics from North Carolina State University.

Janina Benz: Hi Greg, how did you become a writer for one of the most famous startup blog in Northern Europe? 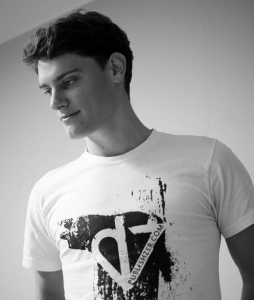 Greg Anderson: It’s kind of a funny story – I got hired within 12 hours of not really applying. I volunteered at 2011’s Arctic15 startup conference, and that’s where I met Antti Vilpponen, the co-founder of ArcticStartup. I was broke and still studying at that time, so a couple weeks after the conference I sent him an email asking if he needed any freelance writers. He then replied immediately asking if I could meet him for a short interview.

It turns out he was looking for a fulltime writer, and offered me the job under the condition that I let him know by the next morning. I’m very suspicous of exploding job offers like that, but I decided to go for it and became ArcticStartup’s first fulltime employee. I still think it’s kind of crazy I got hired less than 12 hours after finding out about the job, but we’re like a startup in many ways. We make decisions fast here.

JB: Scandinavia has one of the best education systems, a good economy and a strong growing startup scene. How does it appear that the North is quieter or let’s say less present in the media than the rest of the world or can it better be compared with understatement?

GA: Well, we are just a handfull of frozen countries, so it’s easy for the mainstream media to forget about us. But at ArcticStartup we can’t complain. There are a lot of great startups that just fly under the international media’s radar, and we’re happy to provide the first and best coverage of the region.

But I also think cultural norms are part of the reason we’re not so present in international media. As a generalization, Americans will tell you immediately how they’re the best in the world, but Scandinavians are brought up more humbly. Sometimes you’ll see world-class products here with a guy just saying, “Oh hey, I built this.” But that’s changing – entrepreneurs are learning how to pitch with the level of hype that gets investors and media interested.

JB: Tom Cheshire (Wired UK) once wrote: “Sweden has the most digitally connected economy in the world and a global mindset when it comes to developing innovative tech startups.” Can you actually say that Sweden is still the innovation leader amongst the Scandinavian countries?

GA: Right now I would have to agree. The Nordic countries have tiny home markets, so by nature all of us have to think globally from day one. But it’s true that Sweden is home to the “big” global B2C startups that grab a lot of outside attention. The title “Innovation leader” is a tough one for me to bestow, considering the exciting things we’re seeing in Finland in the mobile sector, for example. But when you see giants like Spotify, Wrapp, iZettle, and Stardoll all coming out of the same place, then I say that’s a fair description. They think big in Sweden, they have the funding, and they can execute.

JB: In the beginning a lot of companies from Scandinavia used the nearby Baltics as their development bases. Is there still a gap between Scandinavia and the Baltics?

GA: Skype is of course the big example of that sort of outsourcing, but the gap is rapidly closing. I’ve found myself writing lately that Estonia is going to take over the world in 10 years. The country is incredibly startup and tech-focused – for example they have an initiative to give all schoolchildren a basic understanding of programming. And almost every week you can play the “which startup is the Estonian President visiting” game in our RSS feed of Estonian company blogs.

But it’s not just development talent that’s coming out of the region. Companies like Erply, Transferwise, Infogr.am, and GrabCAD are great examples of the new business concepts that the Baltics are developing. As more capital makes its way to the Baltics, I think the gap will finally close.

JB: In your opinion, where is the development going for the North. Will it become a big melting pot or do you see big changes coming up?

GA: I’m talking to more and more startups that are made up of cross-border teams, which I think is a great trend. We have a lot of great talent that shouldn’t be locked up in one country,

JB: As you are interested on the financing side and dealing with startups on a daily basis, how important are startup contests e.g. like CODE_n13 for the startup scene?

GA: Startup contests are important because a great pitch can take a company out of obscurity and into the limelight. Investors have a constantly updating radar of what the hot companies are, and startup contests like CODE_n13 are the proving grounds where pitches are honed and ideas can stand on their own merit.

And for startups, you also have to remember how tough their journey is. Any sort of external validation through awards, or even feedback from judges is an incredibly valuable part of the process.

JB: Thanks a lot for the interview Greg!

GA: No, thanks for the opportunity and best of luck with CODE_n13 contest! It will be interesting to see who come out on top.