Internationally renowned designers Clemens Weisshaar and Reed Kram have been commissioned to design the CODE_n exhibition, housed in the monumental space of CeBIT’s Hall 16. For the Hall’s design, the Internet of Things will be materialized as a series of interconnected objects and booths suspended in a web of scaffolding. Visitors will be able to traverse floating hallways and platforms populated with the latest and most innovative developments in the IoT.

The exhibition space will be anchored with an interactive robotic media installation entitled ROBOCHOP which invites internet users from across the world as well as fair attendees to design and fabricate a piece of furniture in real time. Weisshaar and Kram will develop an app that allows the global community to engage with the giant robotic arms sculpt material in situ.

With ROBOCHOP, we are actualizing and personalizing the Industrial Internet. The often intangible web of technology becomes a concrete, interactive experience that nonetheless remains a taste of a not-so-distant future,

proclaims Weisshaar. “The exhibition architecture parallels this condition by galvanizing the dialogue between new-guard company founders and industry titans.”

We have published some screens of the slides, presented by Clemens Weisshaar 31st July 2014 at a press conference in Munich. You’ll find these pics in our channel at Flickr. 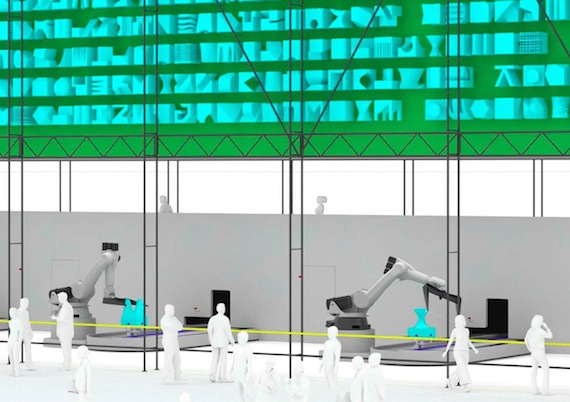 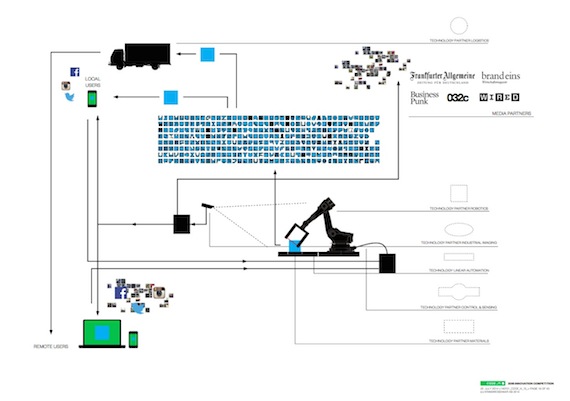