Digital life: exciting times in a world of digital technology

The lives of consumers throughout the world are already dictated by digital tools and systems. Our smartphones, now practically ubiquitous, are packed with useful apps. We buy “wearables” with complex sensors. Our homes and apartments are networked by smart home solutions. Wherever you look, everything is being done digitally. Advanced technology is unveiling many new ways to organize our days digitally, nourishing new efficiency and convenience – and enriching our lives. In this article, we look at just a few examples of the technology shaping our digital lifestyles.

Wearables: sensors on our bodies

There has been a hike in recent years in the number of “smart” people walking around with diverse sensors attached directly to their body to permanently gather data. These so-called wearables monitor the body by measuring temperature, pulse, steps taken, etc. The data gathered provides a precise record and picture of the person wearing the sensors. Previously it was only professional athletes who wore such equipment, tinkering away with their performance under extreme conditions or during resting periods as part of some kind of fully wired-up mobile lab. The evaluations made it possible to devise individual training programs and improve performance.

A deluge of new wearables has now brought these functions to the masses. With the functions of their bodies now being permanently monitored, everyone feels like an Olympian. A new movement has kick-started and data is handing people personal benefits and new ways to improve their wellbeing. Suddenly, everyone has started talking about the “quantified self.” This measured ego could help us improve our lives, either by achieving more self-control and changing unhealthy habits, or by spotting warning signals so that a medic can be called in on time.

Recently, a number of high-tech companies like LG Electronics and Samsung have launched products which look like digital watches. They contain a slew of sensors and suddenly everything is linked up. Apple also plans to enter this market – imminently. We can now monitor ourselves 24-7 and work out interesting patterns from the data. Maybe I should walk the stairs rather than take the elevator, or maybe I’ll hop off the bus one stop earlier to hit my magic target of 3,000 steps a day? Data creates transparency, gets us thinking, changes our behavioral patterns.

Of course this all leads to other kinds of new applications. For instance, at the last IFA trade show LG presented a wrist-band type wearable (LG KizOn) that is optimized for children. Not only does it contain a simplified cell phone, but it also comes with an app so it can keep parents up to speed on the whereabouts of their children. The product is being hailed a hero in LG’s homeland of South Korea but the Europeans still seem quite skeptical about it. Sure, parents have every right to be concerned about the wellbeing of their children and where they are at any given time, but products like these are almost literally a bit too close to home when it comes to helicopter parenting. 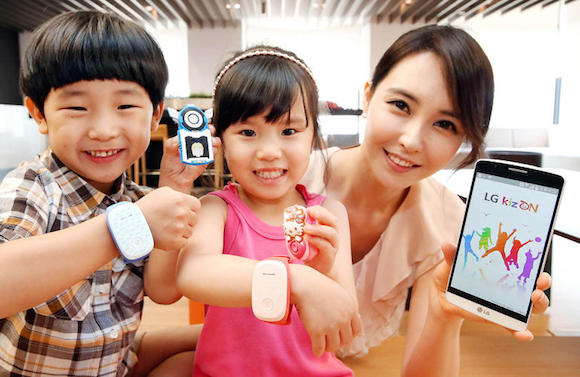 Another debate has just got underway in the insurance sector. The idea here: if some people are willing to have their movements logged to prove they’re living a healthier lifestyle than the average person, why not offer these customers better insurance premiums. The reactions from the general public have ranged from disgusted rejection and calls for more solidarity on one side of the fence, and an enthusiastic response from people who are already doing something about their health on the other. As for the ethical issues of such a technology, the debate shows in no uncertain terms that there is little social consensus.

The “smart home”: life in an intelligent domicile

The home of the 21st century is radically expanding in terms of its technical functionality. This all started with a new take on energy issues. Somebody worked out that our resources are not actually infinite and that if we use too many of them, it could have a nasty impact on our planet. So everyone went off on a quest for energy efficiency and savings. It wasn’t long before all eyes turned on where we live. Why? Because life and living need a lot of energy: heating, refrigerating, cooking, washing, lighting, media, hot water – it’s a long list. But at the same time, these are pretty normal human requirements; they mainly relate to key essentials. Trying to save energy by completely stopping these activities is not on the agenda. So then the question has to be, how we can organize these activities more efficiently. And the answer? Linking up things in the house through an intelligent control system – a network of individual functions that turn a house into a smart home.

The idea behind the smart home is based on the core premise that all functions and household instruments can be tracked by sensors, processed and controlled digitally by software. So the smart home is the ultimate experimentation ground for the Internet of Things. This is because of the technology itself and the reasons for this are fairly obvious: Electricity plays a pivotal role in all functions in a house. Even running heating on fossil fuels like gas or oil is not possible without electricity. So everything depends on electricity and with a little bit of investment, the technical infrastructure of a house can be used to make everything controllable.

The result is a variety of useful new functional options. It now becomes possible to control or regulate equipment from anywhere or let gadgets do this themselves according to pre-defined scenarios. For example, a sensor detects strong sunshine in the garden, so the blinds are drawn to keep heat out of the house. Another one: a smart home heating system offered by the CODE_n partner EnBW which teaches itself new functions. The occupants decide they want it to be 22°C in the bathroom at 8 a.m. and the adaptive (“self-learning”) system lets the heating decide for itself when to heat the room and the most efficient method – all depending on the outdoor temperature and previous scenarios. So users define the targets and the system defines how to achieve these targets itself – as efficiently as possible. 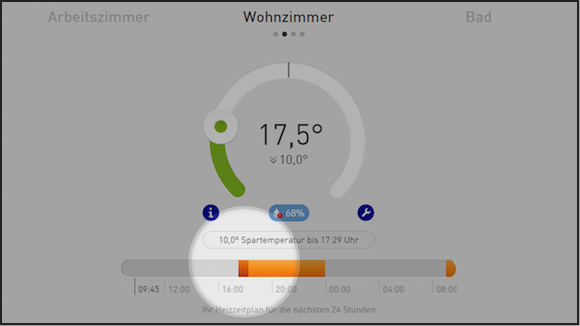 Apart from offering convenience, the smart home is also becoming a building block for smart grids – electricity networks with autonomous intelligence. This will also be necessary to forge ahead with the green energy transition – away from fossil fuels to renewable energy. The disadvantage with renewables is that they can be extremely erratic. If there’s no sunshine or wind, you get no electricity. The problem that the experts want to solve with smart grids is how to reconcile the volatility in electricity production with the usage habits of people … by linking up millions of smart homes.

How this would work in practice – a smart home as a single component within a smart grid – could look like this: Instead of just switching on my dishwasher, I schedule in a washing cycle with my smart home app. This coordinates the process according to the status of the overall network. Under normal circumstances this works by tracking pricing information transmitted by my energy supplier. So if it’s a windy day, lots of electricity gets fed into the grid. As a result, today’s electricity prices go down and when they cross a certain threshold my dishwasher simply jumps into action. First field trials with a traffic light system have shown that the concept does work in practice. People are even using it when they have to track pricing levels themselves (and the job’s not done by the control unit). But the problem is that the financial incentives are not that big. For example, my dishwasher might need 1 kWh of electricity, costing 15 cents instead of 30 cents. During field trials, most of the testers threw in the towel after three months. The lesson learnt by the electricity providers was that there needs to be a bigger price differential to gain customer buy-in. The right balance has to be struck between the time, effort and cost (buying a system and running a smart home) and the reward (electricity savings).

The new smart home solutions – now offered by companies like Google and Apple (HomeKit), or through the Qivicon platform in Germany – create a number of opportunities for companies and startups. The interfaces between the applications are more or less open, so anyone can offer equipment or software to go with the smart home environment. Controllable lights, secure living for senior citizens, adaptive air conditioning units, intelligent door locks, integrated solar panels, electricity storage units – the inventiveness of developers knows no boundaries.

The extent to which digital technology is now part of everyday life, the scope and potential of solutions, despite all the drawbacks, and the impact these developments can have on existing business models can be seen by scrutinizing the banking industry. Carrying out a financial transaction like a bank transfer or checking your balance online is nothing new, but customers still feel the whole process is too complicated and that it involves too many separate stages. Paying for things while out and about is currently only possible with cash or credit cards. The idea of using a smartphone as a banking tool still has some way to go. The first solutions are already out there, but they will only pick up momentum as ApplePay gradually rolls out. The important part – identifying with certainty that the person is who they purport to be – will only be solved by using biometric systems – e.g., a finger print, using Apple TouchID.

Other startup companies – and of course known options such as PayPal – are attempting to make forays into the market with “smart solutions.” With functions such as transferring payments to friends via push messaging, advanced personal finance management solutions, and many more, these new FinTech startups are sprouting up left, right and center, conquering a market that was previously considered the personal domain of the lumbering and cautious banks. But what if technology companies do suddenly start offering banking solutions? They do, after all, know what to do with the hardware. What would the implications be for the bricks-and-mortar branches of banks if all these functions were available everywhere? Many of the banks are now putting serious thought into new solutions and partnerships. They are at pains to avoid the dire consequences of such disruptive developments – the likes of which the music, hotel and taxi industries are having to deal with right now. What does this all mean for consumers? Sooner or later, the technology will suddenly be ready to go and start running onto the playing field. Our digital lives are developing at breakneck speed.

Maryna    10/05/2015 4:33 pm
Very cognitive article as I think. I think model of smart home is interesting for a lot. Me..I'm not the exception too. I even bought light sensor to my house (http://pc24.de/weidmuller) but the question is it useful for our health.. I'm sure every hardware has insensible influence to our body and what will be with our health in 10 or 15 years?