Crowdfunding is having a profound effect on the startup fundraising landscape by bypassing the entire traditional financial system and sourcing funding directly from potential customers and partners. 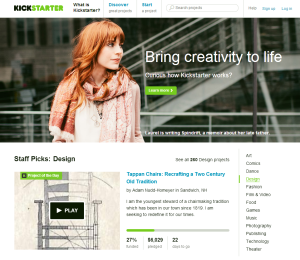 Since Kickstarter launched in 2009, 5.5 million people have pledged $941million to fund 54,000 projects. Kickstarter UK launched in mid-2012 and appears poised to have a similar impact on this side of the Atlantic, facilitating funding for 1,558 projects to the tune of just over $35M through more than 300,000 people (40% from the UK, 26% from the US, 21% from other EU countries, and 13% from the rest of the world) in its first full year of operation.

Two of Kickstarter UK’s recent big successes have been the Good & Proper Tea Truck and video game project Elite:Dangerous, the most-funded project from the UK with more than $3M in pledges to date; the game is scheduled for release in March, so it won’t be long before we know what the “return on goodwill” will be. 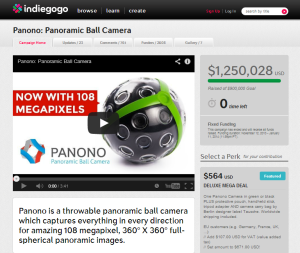 Indiegogo, launched in 2007, has operated globally from the outset, but the essential principles are similar to Kickstarter’s. Among their more successful – and intriguing – recent projects are Panono, a throwable panoramic ball camera being developed in Germany, and Scanadu Scout, a medical Tricorder that raised more than ten times its target. For fundraisers who don’t reach their goal, Indiegogo provides the option to keep whatever money has been raised (for a small fee), but Kickstarter fundraisers get nothing. However, they will have built a community of supporters – and that’s the fundamental difference between crowdfunding and traditional investment.

“Investors” in crowdfunded efforts expect nothing more for their money than a camera bag, free tea, or game credits. But they’re getting something that for many is far more valuable – a sense of belonging, of being special, of having been instrumental in helping something to come into being.

Rockethub had to rethink their business model

Interestingly RocketHub, which we touched on briefly last time, originally aimed to create a bridge between the “people-powered” crowdfunding platforms and the traditional investment environment by offering backers equity instead of gifts. However, it appears that the potential legal hurdles raised by the need to meet investment regulations in multiple jurisdictions have prompted a change in direction; RocketHub’s business model is now almost identical to Indiegogo’s.

Clearly, business models are still shaking out in this growing and exciting field, so readers interested in learning more about crowdfunding opportunities, legislative issues, and potential pitfalls in Europe, may wish to check out the European Crowdfunding Network. The SEC’s proposed ruling on the use of equity as a crowdsourcing reward, which incidentally has been legal in the Netherlands for several years, can be found here.

Crowdfunding is obviously an effective way to fund ‘sexy’ products like video games and specialty cameras, and can serve as “proof of perceived value” if and when fundraisers move on to more traditional investment channels. But product launches are not businesses, and overhead expenses are not sexy; it’s going to be interesting to see over time how many crowdfunded operations mature into sustainable businesses. 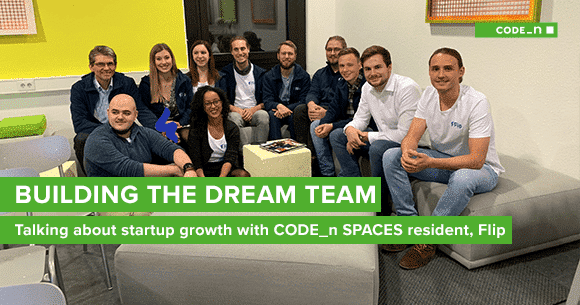