We decided this time to talk to one of the residents of CODE_n SPACES about a topic that many find fascinating, especially in the world of business startups: pivoting! The term “pivoting” originates from the lean startup thinking of Eric Ries. It’s used to describe what happens when a business model has to be completely overhauled and everything goes in a new strategic direction. It’s based on the Build-Measure-Learn method and the idea is that a startup applies lean techniques to radically evolve its business model and address actual market needs and customer requirements. It’s not uncommon for customer feedback, testing, the competitive set, or some overall shift in the market to force business founders to throw out their original idea – just to identify a business model that actually will return a profit. And why not? How often is the first attempt at something right on the mark? 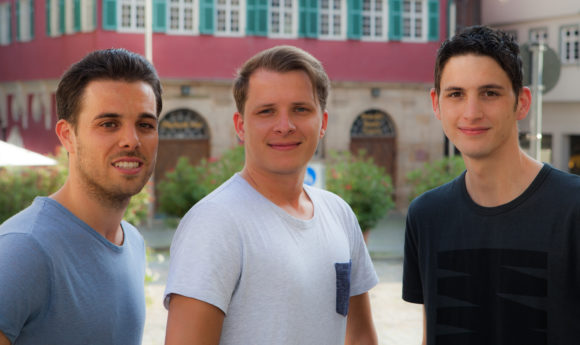 Alex, Patrick, and Fabian from CODE2ORDER, who redefined their target group (photo: CODE2ORDER)

The CODE2ORDER team became full-time residents of CODE_n SPACES in December 2015. They already have one pivot under their belt and today they offered to share some of the valuable insights they gained in the process. What was once a web-based app for managing orders electronically in restaurants has evolved into a successful software package for the hotel industry. In fact it’s already in use at a number of hotel chains including Mövenpick and Best Western. Interested in the nuts and bolts behind a piece of hotel software like CODE2ORDER? Then click on and read our interview with co-founder Patrick Luik to hear more about the ideas behind the business concept. 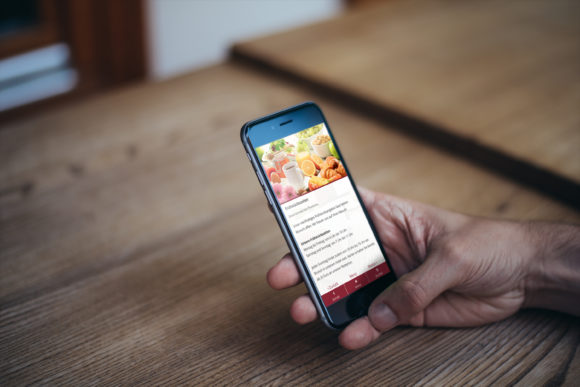 We had a chat with the founder, Patrick Luik, and asked him about pivoting. It’s interesting to hear how it went for them!

1. Hi Patrick, you moved into CODE_n SPACES in December 2015 and brought your CODE2ORDER startup with you. What’s it been like for you as residents until now?

It’s been awesome! We first started working on CODE2ORDER in my grandparents’ basement. I still remember it like it was yesterday – all that lovely wood wall paneling ;). Moving in with CODE_n really gave us the injection of momentum we needed and raised us to a much more professional level. Speaking for myself, I plucked up the courage to take the next step and decided to quit my job and pursue the business idea full time.

2. How would you describe the difference between CODE_n SPACES and other offers available to business startups, like incubators or accelerator programs?

My co-worker and co-founder Alex was inspired by a speech given at Hohenheim University by Ulrich Dietz, the GFT Group CEO and initiator of CODE_n. Mr. Dietz was telling the audience about CODE_n SPACES in Stuttgart and Alex was immediately inspired. For him, the CODE_n Community represents everything that was previously lacking in Stuttgart and the surrounding area – an innovation platform for exchanging ideas within a community, a group of pioneers, other visionaries. Finally, here was a model that brought together established companies and startups under one roof. And with other funding programs like EXIST, we fell through the cracks. Something like an accelerator program wasn’t even an option for us for a number of reasons. For a start, we weren’t exactly eager to hand away a percentage of our business, especially not right at the beginning, and in any case we didn’t want to be part of a program with fixed routines. We were much more interested in finding a platform that would allow us to define how we work ourselves so we could assume our own responsibility. Now, if we do come unstuck or need support, we ask the CODE_n Team or other residents. So we get feedback straight from the horse’s mouth. This moves us on, but we can still keep pushing ahead with our business concept at our own speed and work independently. With hindsight, moving into CODE_n SPACES was one of the two key decisions that took our business to the next level – the other one being the decision to adapt our business model to the hotel industry.

3. You did indeed change the CODE2ORDER business model as time went by, so your web app moved on from taking electronic orders in restaurants to become a solution aimed at the hotel industry. What was the catalyst for making this change?

There were a number of reasons for us changing the strategic direction of the business model – or “pivoting” as the startup parlance goes. For example, we noticed that the catering industry we originally had in mind is actually highly segmented. It was really difficult to work up an effective sales strategy or scale up quickly. Also we realized that restaurant customers actually really like placing their order with a real person. The market wasn’t ready for our concept yet, something that’s also reflected in the fact that our competitor at the time, opentabs, folded recently after around four years.

Our new focus is the hotel industry and this offers lots of advantages. The target group is more professional and better organized, the selling cycles are shorter in the meanwhile, and there’s a higher purchasing propensity. Something we’ve also noticed is that hotel owners are much more comfortable and familiar with technology than restaurant owners, which of course is a huge help for us when it comes to market entry.

4. What were the signals you picked up on – the things that indicated that the original business model wasn’t actually going to work? And at what point do you think a startup has to seriously reconsider its business model?

We were doing one of those benchmarking exercises, so as well as going through our software for restaurants we’d already started looking at different ways to adapt our model to the hotel industry – to also address hotels as a target group. When we compared the two directly with one another, we noticed that the hotel market is much more lucrative. We’re not any different from other startups in that we’re a bit tight on resources, so at some point it became clear that we’d have to focus on that market instead and adjust the web app to the needs of the new target group.

5. Did you find it difficult at the time to let go of the original idea and come at it from a new angle? And if you did, why?

Personally, no I didn’t. I’m a numbers person so I tend to approach things from a rational angle. But my co-founder, Alex, did find it quite hard because he often goes out for meals, so he could really identify with the original business concept. He would really have liked to use the service as a customer himself, so he could see potential in the idea. Of course that meant there was quite a lot of discussion at first. But after a number of rounds of meetings and weighing the pros and cons, it was a joint decision and we went for a pivot. Now Alex is also behind the idea and believes the decision was 100% the right way to go.

6. What tips would you give to other startups thinking about changing the general direction of the business model?

As I said, I’m a big fan of sober number-crunching. You have to try and push the emotional bits aside, or any personal feelings about the business model, even if it does feel like it’s your own baby. It’s not always that easy but if the numbers tell a different story it’s important as a business founder to take the message seriously. I say this because what I personally think is awesome doesn’t matter – it’s the market that decides. What’s decisive is tracking things carefully, going through the customer feedback, looking at the sales cycles, plus other key indicators, because they’re what allow you to figure out if the business model will be profitable in the long term.

7. And what tips would you give to young entrepreneurs or a startup team that’s just about to get out of the starting blocks with a company?

There was one painful lesson I had to learn: As a business founder you have to get a watertight grip on personal costs. Before setting up CODE2ORDER I was working in an advisory role and one of the mistakes I made from the beginning was that I didn’t adapt my lifestyle to life as a startup. At the beginning, you basically have no money so you have to dig deep into your pockets and save money – the slower you burn through the cash, the longer you can survive as a startup. Insurance, an expensive car – keep a lid on it, right from the beginning. Fortunately, we learned all those lessons quickly. What’s interesting is that you often don’t actually talk about it; it’s not exactly a glamorous topic. But if you ask me, it’s the most important advice I can give. Adapt your personal costs and don’t go splashing out on anything, especially at the beginning.

There’s another thing I’ve learned that I’d like to pass on to others. As I already mentioned, we fell by the wayside on lots of other funding programs so we had no third-party support with the finances. That sounds like we were at a disadvantage but actually there’s also an upside, because it meant from the get-go, everything depended on developing the right business model – something that would work in the market and would be accepted by customers, so we would earn enough money quickly. We can now finance ourselves from our own cash flow.

Thank you, Patrick, for those honest insights into the reality of setting up a business and thanks for telling us how your business model had to be adapted. We wish you every success and are delighted that we were able to help you with moving CODE2ORDER to the next level.

Our next updates will also look at trends and developments in the CODE_n Community, as well as stories revolving around the everyday business of entrepreneurs. So we have plenty of more fascinating stories to look forward to!