What an amazing year it’s been for CODE_n SPACES! In February the offices at Schelmenwasenstr. 34 were getting a bit too cramped, so we expanded into the building next door and set up SPACES #2 to provide extra space for enterprising digital pioneers. In the meantime, there are more than half a dozen or so startups driving innovation on the innovation campus, in sectors like health tech, AI and robotics, big data, and Industry 4.0. There are also some corporate innovation teams such as the Daimler Incubator Lab1886. We’re currently expanding again by another 500 square meters, so by early 2018 even more promising teams will call CODE_n SPACES home. The second anniversary of SPACES on Dec. 7, 2017 was a good chance for a get-together to celebrate with residents, friends, and business partners! At the event, there was also a teaser session on “The Human Factor in Digitalization”. Here’s a summary of the events at the celebration. 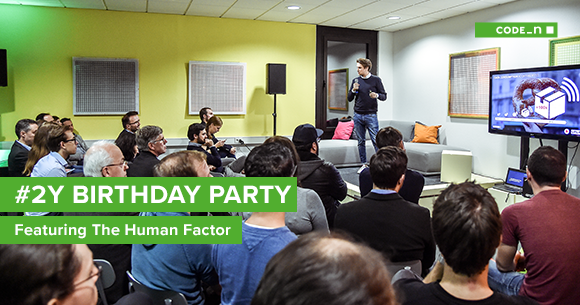 Before we got down to partying, CODE_n invited our guests to share their thoughts and ideas on our topic for the evening: The Human Factor. This offered a pre-event taste in advance of a broader CODE_n themed event scheduled to take place early next year. During the talk, a number of guests looked at trends relating to human factors and their impact on the increasing level of digitalization in industry, plus human-machine interaction and related technologies. The event was kicked off by Robert Tilch, Innovation Manager at Vodafone. Robert gave some honest insights into the innovation activities at the telecommunication giant. “Just because we’re working on lots of digital topics in our field, that doesn’t necessarily mean we’re a digital company,” acknowledged Robert. The rate of change is accelerating dramatically and even Vodafone is still wrapping its mind around the fact that customers expect everything to happen quickly. The business has ramped up lots of its activities in recent times to proactively tackle the topic of digitalization. This includes a program called Vodafone Uplift – a quest for exciting business concepts, focused on IoT. The initiative recently kicked off, and as a partner of the program we’ll be reporting in more detail on Uplift soon. Vodafone is using the program to work alongside startups, providing strong support as a distribution partner but also offering access to its own labs in Dusseldorf. This is the ideal testing environment for IoT applications. Another important aspect of digital transformation for the firm is recruitment: “To establish a digital mindset in the long term, we need people with an affinity for the topic.” One vehicle the firm uses to root out digital talent is crvsh, a company owned by Vodafone with a focus on digital consumer products. They also have a name for young co-workers at the company with a strong affinity for digital technology: Digital Ninjas. From time to time, they even give the executive board mentoring in this area. 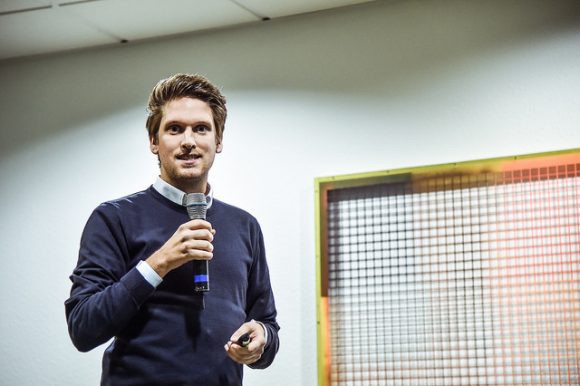 After this frank introduction from Robert, there were two startup pitches, both revolving around the interface between humans and machines. Michael Reuter from the smart manufacturing startup aucobo – one of our SPACES residents from the very beginning – introduced his company and the aucobo smart watch, which helps operators control machines more efficiently: “At the moment, operators have to manually control and manage a lot of machinery. Our application allows factory workers to use a wearable, which automatically taps into specific flows of information so they can react quickly and oversee several machines at the same time. Not only does this significantly improve efficiency, but operators no longer need to cover long distances, sometimes unnecessarily, to check if machines are working properly.”

The business model of Kinemic (a CODE_n16 Alumnus) is directly linked to the solution being developed by aucobo. The team has developed a highly innovative gesture control system that makes it easier for users to operate PCs, terminals, smart glasses, and smart watches. The idea is to allow operators to keep their hands free, for instance when they need to use other tools at the same time. “Our solution allows workers to use things like smart glasses and gesture controls to access information, take pictures, plus lots more. It keeps your hands free and makes operation faster and more agile,” reports the co-founder, Tomt Lenz.

There then followed a panel discussion to allow the speakers to exchange their views on The Human Factor with people attending the event. Human factors are becoming more and more central to the world of work due to digital technology. The questions examined included how best to involve other co-workers in current developments, how to be open to change or progress without overlooking human factors, and the possible implications for us as humans if machines take on more work for us. A number of potential outcomes were discussed, such as the opportunities that humans have in this modern day and age to really focus on value-adding activities rather than do physically strenuous tasks or repetitive jobs. Besides the panel members, a number of representatives from the automotive, banking, and construction industries became actively involved in the discussion. The full-length themed event on The Human Factor will take place at the beginning of next year, offering a good opportunity to focus once again on the sweeping changes affecting modern times.

After the core sessions of the program, the fun got underway in CODE_n SPACES #2 (at Schelmenwasenstr. 32). Not only was this a good chance to mark the second anniversary of SPACES, the guests were also given a chance to look around the construction site on the ground floor and enjoy an exclusive peek behind the scenes. All photos from the event can be viewed on >> flickr. 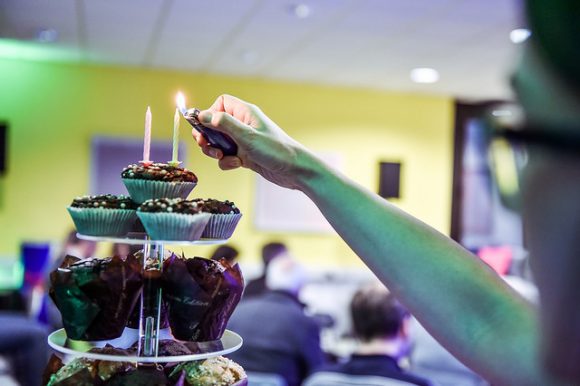 We’d like to thank all of the guests for coming to the event and are already looking forward to next year! Expanding our offices not only takes SPACES to the next level, but it also marks another important development in our vision of bringing together people with great ideas and a pioneering mindset in order to create something new. We hope you’re looking forward to the new residents in 2018 as much as we are. We’ll keep you posted and up to speed whenever more people move into our offices. 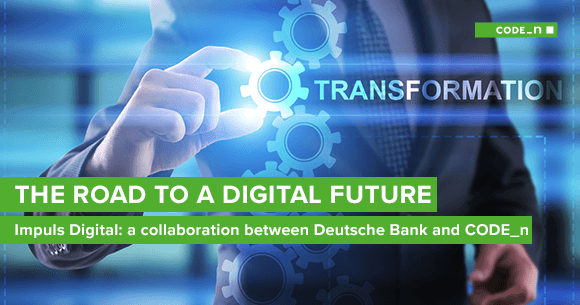 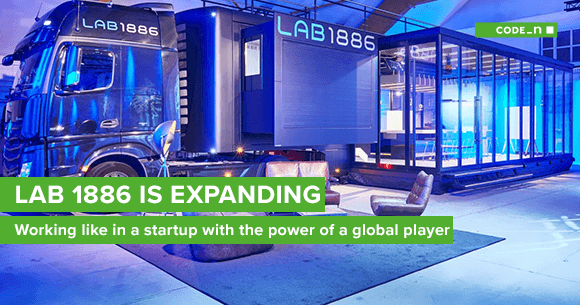 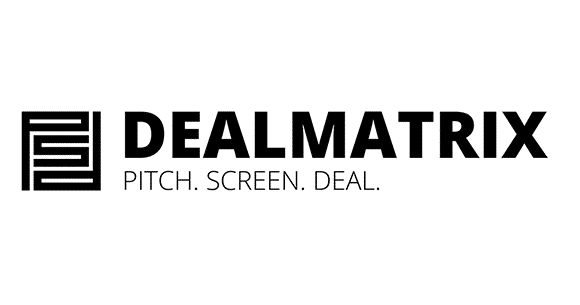