Can London Tech Startups Step Out Of the Shadow of Silicon Valley?

Silicon Valley is a magnet for startups seeking investment. Its “cool” image is attractive to young entrepreneurs seeking to make their fortunes. The influx of these billion-dollar wannabes is reminiscent of the California gold rush in the 19th century.

Venture capital firms on Sand Hill Road in Menlo Park, California, have investment reserves that exceed many countries’ GDPs and there are more VCs and angels scattered across the Bay Area than anywhere else in the world. This may make Silicon Valley look like tech’s El Dorado but London’s streets are still paved with gold. 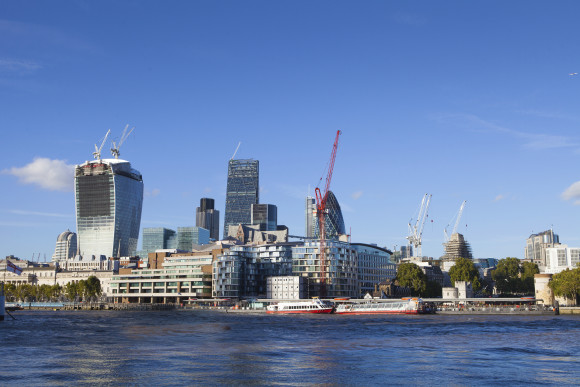 Much is made of the lack of investment money in London. Financial support is improving as the UK’s capital city establishes itself as Europe’s foremost tech startup zone. The British government has played a large part in this and has encouraged large US tech companies to set up incubators and accelerators which offer cheap, or even free, accommodation for startups during the vulnerable period when they are establishing themselves.

This vote of confidence from the American mega-companies is beginning to make London more competitive but, to exert any real pressure on Silicon Valley, there still needs to be a greater pool of funding to support later stages of company development, enabling startups to mature and stand a better chance of thriving. According to Tech City, a government funded initiative to support the UK’s startup ecosystem, the money available is increasing annually and has grown tenfold since 2010 to $1.4bn last year.

Government support has helped to establish London in the worldwide market. A Compass report, The Global Startup Ecosystem Ranking 2015, looking at the competitiveness of entrepreneurial cities, places Silicon Valley at the top with London in sixth place. Diving deeper into the data reveals that London is growing at a faster rate than Silicon Valley. Between the previous 2012 report and 2015, the startup scene in Silicon Valley doubled, whereas London tripled in size.

These figures are relative and have to be read with a degree of caution because in raw terms, Silicon Valley has between 14,000 and 19,000 startups, compared with 3,200 to 5,400 in London. The report does not break this down into stages of development of the startups but Northern California does tend to attract larger numbers of more mature startups, whereas London has a higher percentage of first stage companies.

A recent article in The Economist argued that Silicon Valley is developing an elitist culture which is increasingly isolating it from the realities of the international markets. Reports of dubious estimates of the value of its premier startups are creating concerns of a bubble effect similar to the one that caused a major setback at the turn of the Millennium. If that bubble truly exists and bursts it will have a knockdown effect globally, but it would be catastrophic for Silicon Valley.

In terms of global awareness, the elitist, inward focus reported by The Economist has a knock-on effect where market reach is concerned. The Compass report reflects this rating London startups as having more presence overseas than Silicon Valley. This is partly due to the UK’s membership of the European Union. One of the main advantages of London is that it has the support of its continental European partners and a deep understanding of differences in business cultures across Europe. It also shares a common language with North America and, in the main, a common culture which makes London a good location for startups wishing to form a bridge between Europe and the USA.

London could be becoming the upstart to take on the Valley

London will not rival Silicon Valley in the near future because California has over 30 years of experience in fostering tech startups. England’s capital is a startup in comparison but it is also an upstart, a David that is willing to take on the Goliath in the west. The contest may look uneven but sometimes the underdog can come out on top.

This article was reblogged under:  CODE_n Alumni | Catching up with ... Soma Analytics | CODE_n Blog

Orlando Remedios    08/11/2015 3:08 pm
Great Article! I totally agree. For European Startups, London can be the focus-point to prepare for globalization.