Angel investing: what do angel investors expect of startups?

What exactly is ‘angel investing’? What do angel investors expect of startups? How should startups position themselves to attract angels and get them excited about their business idea? The first ‘angel labs’ held in Germany – an in-depth workshop for angel investors which was held mid November at GFT in Stuttgart as part of the CODE_n EVENTS – gave us a chance to talk to experts about the role angel investors play during the formative beginning of a startup. The answers to our questions provided some interesting insights…

What exactly is an angel investor and how is this different from a venture capital (VC) investor?

Matthias Götz (through his company Wert8, Götz consults private individuals and companies on investing in startups):
In the traditional sense, an angel investor bridges the gap to the next round of financing. That is, when a company is founded it takes the first steps on its own and can soon determine whether the business model is sustainable without money from outside or whether third-party capital is necessary.
The moment I need outside funding, an angel investor is the first port of call. Angels are there and waiting in the local area, and in Germany there are far too few VC providers for startups to turn to when they need one. This is the gap that angels can fill. Thankfully we have a vast pool of enthusiastic angels, who have familiarised themselves with these issues. They look at the business model in the early days and potentially only fund this initial phase to then give the green light on maybe continuing with a VC investor. That said, we are noticing more and more that the VC investor isn’t even needed in the end. These days angels can bring in just as much money as VC funding. 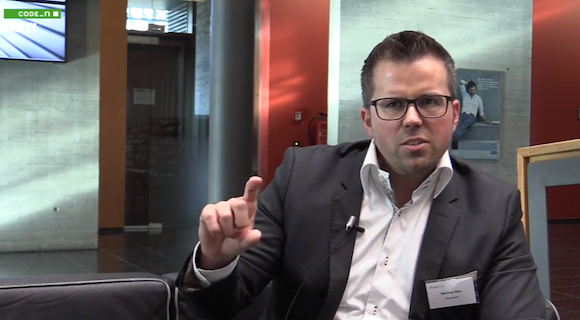 What should I do if I have a startup and I want to attract attention from an angel investor?

Don’t always call for an investor, but carry out the proof of concept yourself. The proof of concept is possible without external funding. Maybe my software or technology isn’t finished but I already have a first user who can identify with the product and is willing to take the first steps with me. At the beginning, that’s worth way more than money. It’s up to me to prove that my idea has a market, that there are customers and that I’ve talked to potential customers. The worst mistake you can make is not to talk to the customer. So the first thing I have to do is reach out to the market and get feedback from the market and customers.

How do startups find angel investors?

It isn’t easy. Money has always been hard to come by, and angels are pretty scarce, too. However, there are plenty of events and networks where you can find angels. And it makes a lot of sense to try to gain access to these networks and the people who circulate in them. It’s just like with shooting stars: it’s difficult to see one on its own, but if you know when they’re due to appear and where to look, you’ll find them. What really matters is laying the right groundwork. I have to know what it is I want. I have to know what I am going to tell an angel. And then I have to go to an event that I know will pull in angels, or turn to networks where angels are in abundant supply – then I’ll get access. If I have something exciting to talk about, they’ll listen.

What do angel investors need to know about a startup? Is it the numbers that matter or the business model?

To be honest, numbers don’t play a role at all in the early phase. Even in later stages, 90% of all business plans are inaccurate – the numbers are merely projections and what will actually happen is anyone’s guess. It’s the business concept that has to convince people, and it has to convince me or I wouldn’t invest years pursuing it, and it has to convince my investor. Someone who perhaps has experience in this market, who can bring networks into play that has experience I haven’t got yet. This may shed entirely new light on my target market, on my target customers. It might also make me rethink my planning or help me see my finances from a completely new angle. At the end of the day it’s important that the idea finds its way to the market with the help of the added value an angel can offer – and that the business that starts up is more valuable than before.

Mr Franz, what do you think angels mean for startups? Is it all just about the money or is there more to it than that?

Christian Franz (consults private customers on asset management)
Money is a part of it, but in my view it’s the mentoring and coaching and the creation of sales channels that matter much more. I say this because my impression of most startups is that they don’t even think about these things. They’re incredibly fired up, they’ve got some really great ideas and superb products, but when it comes to the planning part of it and how to enter the market, or what makes their product better than existing products, or what the benefits are – the storyline doesn’t ring right. It’s not tangible, not convincing. It has no impact. Yet it’s precisely this that I believe is more important than the funding. Coaching, lending support, opening up networks. And then sales, a strategy based on creating a sales story. What are the marketing options, how do we get the product out to people, how can we use modern media? There are so many things to think about. 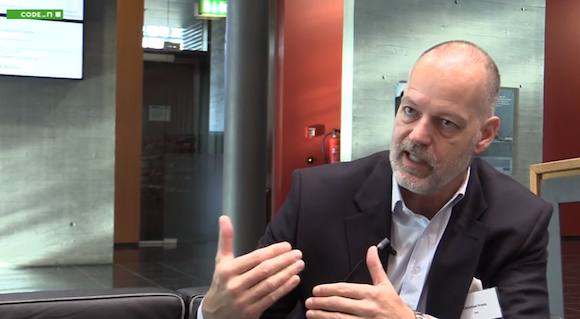 At the end of the day your customers have a financial interest in your activities, otherwise they wouldn’t invest. But how does it work with the exit strategy? What do you recommend to your customers in terms of making money, the bottom line?

I wouldn’t go into it thinking about the exit side of things. Instead I’d concentrate on paying dividends. At that moment, that’s really easy to convey to people. Let me explain what I mean with an example from the property industry: most people don’t buy property because they’re thinking about putting it back on the market in five or ten years. That may be the case in the commercial sector, but private investors are thinking ‘I’ll finance the property, that’s running in the background – and then I’ll have a steady income.’ That’s how you can look at things with a startup.

That should also be the underlying motivation for a business founder. I can imagine it’s tough if I realise ‘What, I’ve grown this business and now I’m supposed to let myself get pushed out?’ From an emotional standpoint, that’s a hard one to swallow. I wouldn’t even go that route, from the beginning. Except of course if someone says, sure, why not, I can imagine that happening. Or I could sell off a part of the company, that’s another option. Or become a publically traded company. Then you think, ok, I’ll keep 50% myself and the rest can be traded or go to shareholders. There are tons of conceivable options, not just in terms of profitability or cash flow, but also in terms of tax arrangements. Or international partnerships, depending on the industry. But to be working fundamentally towards an exit, I wouldn’t set my sights too much on that route.

What advice would you give to a startup about to present to one of your clients? How should they approach it?

I only have one word of advice: be authentic. That means the optimal combination of feeling, thought, word and action. In other words: if someone works with their hands, they should look like someone you’d trust to do that kind of job. If someone works in a creative area, I expect them to look the part. If a master carpenter walks in wearing a suit and tie, I don’t feel like he can actually do what he’s talking about. That’s the first thing, it has to match the industry.

The second thing: it has to stack up. The founder needs a story, something that describes the product in a captivating way. It has to be a sales story. He has to be able to really sell the idea and communicate the added value you get from the product. It’s also important to cover the benefits right from the start. Something amazing. There’s no point saying ‘I’ve developed this chip which is super fast but I’m not sure where I should use it yet’. You have to tell them where it will be used, open-ended, the funnel is backwards, going outwards. Someone who can say: ‘We have this way to use it, and this one … and at some point it’ll flood the whole market.’ In other words, the presenter has to be able to document things and convince people that he can think big. That he’s not just tinkering around – he’s got a vision.

What are your closing words of advice to startups in general?

I believe it’s really important to actually be willing to listen to advice; listen to people who are actively involved in the market, people who have already helped startups before. Advice like that is worth more than a great concept.

This article was reblogged under:  3 ways for startups to start a business – Top funding solutions for founders | CODE_n Blog